Film - I Have a Few Questions: Venom


The Defective Inspector has been reviewing the evidence (okay, watching a movie) and he has A Few Questions about Venom...


Okay lemme say this now, I liked the movie. I could write an article about how I enjoyed the internal version of a buddy cop comedy mixed with Marvel-esque sci-fi, but it’s been done. Most people agree it was an odd but enjoyable adventure worthy of existence but not acknowledgement. I’d probably agree and echo the thoughts that Venom was a good movie with untapped potential, basically it could have been a very different but very good movie. But beyond the obvious I thought back on a few things about Eddie Brock’s adventure and I am not sure there are answers. Maybe you guys can help? 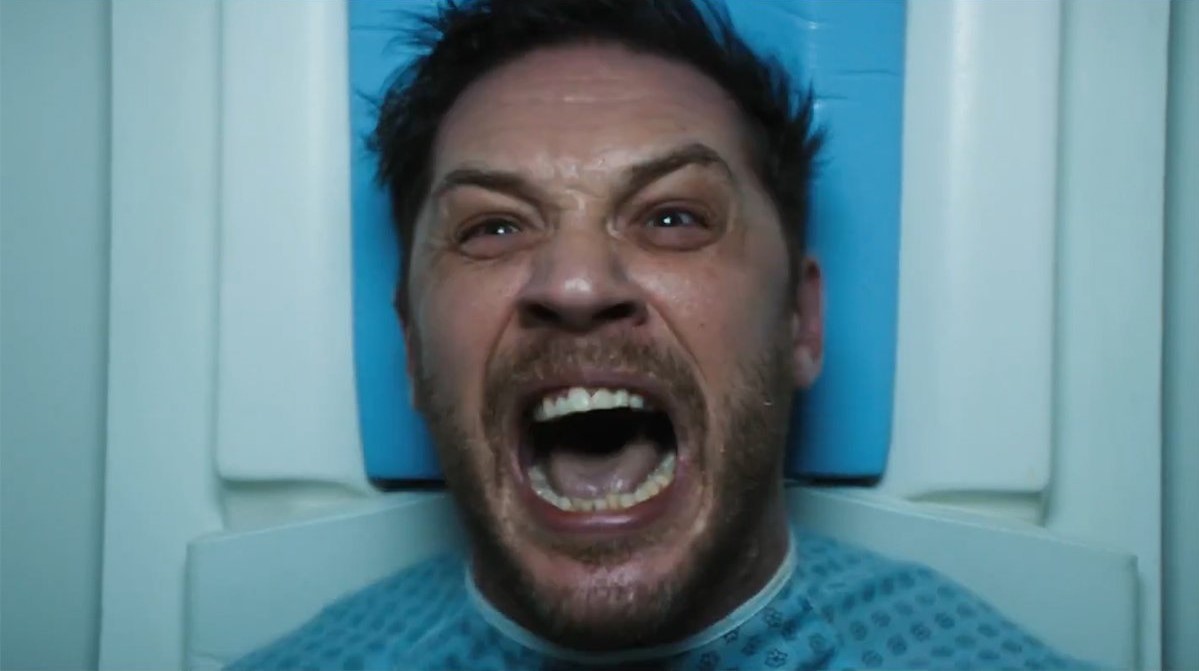 The movie hinges on one thing, Eddie Brock needs to lose everything to bounce off rock bottom like an empty beer can in an Iron Maiden karaoke contest. The movie decides this should be done by forcing Eddie to be stupid/arrogant enough to screw over everyone he knows and loves just to take shots at a rich gazillionaire on footage likely never to be used. While I accept Carlton Drake is meant to have some major pull, I find it hard to imagine in this day and age that Eddie Brock would be black balled by everyone. In the real-world people like Katie Hopkins and Jeremy Clarkson can survive being fired from their jobs and Eddie is much less repulsive of a human. Hell I’d imagine he’d survive on crazy YouTube rants, well unless he went full Randy Quaid… 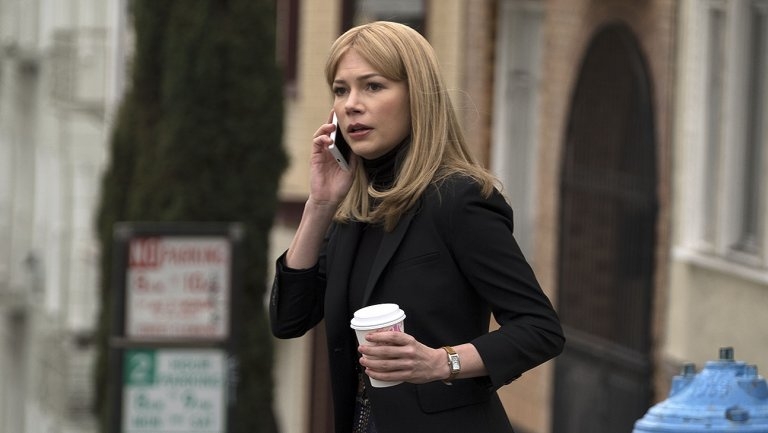 The Firing of Anne Weying

Leaking documents on a surprisingly unsecure laptop is one thing, it is pretty reasonable grounds for firing someone and that I can accept. But how the hell does Carlton and his seemingly endless influence sphere know Amy’s computer is the leak? Better still how can, even in America, someone be fired on rumour? I mean she is a lawyer for Spidey’s sake, she should know some basic employment law. I mean, she would still be angry at a clearly stupid Eddie Brock for plucking her files but I can imagine more than just Anne Weying is working on this secret law project. SHE EVEN SAID IT IN THE MOVIE. That’s some watercooler rumour bullshit right there.

Why Did Venom Get So Reasonable?

At the start, Venom is a one sentence horror show. Hungry, Kill Him, Don’t Answer the Door. It seems our unfriendly neighbourhood symbiote is nothing more than a raging impulse inside Eddie’s head. Once Eddie and Venom accept they needed each other to survive a reluctant bond is formed. Venom’s gooey need to feast on internal organs was easily forgotten about when he opened up about how much of a loser he was and his ultimate goal to defeat the plot equivalent of Biff Tannen. I never expected their relationship to be so friendly by the end, I was more hoping Eddie’s desire to do moderately good things was counter balanced by the sheer viciousness of Venom. Even if I do accept a bond would form, it was VERY quick and barely considered a moment. Instead it boiled down to “We both suck, we should work together and suck less”. I mean come on, wake up McVenom!

My own personal joke throughout the movie is this; Elon Musk and Carlton Drake have ridiculously possible similarities. I’ve yet to identify the truth about Musk’s underbelly but Drake practically made it impossible NOT to know he was involved. The high-tech suicide bombing planes, the many scientists/homeless people dying randomly in the lab, the angry henchmen who don’t make it a secret who the boss is. For a very rich/strange hyper-genius he is so damn sloppy with everything he does. He even lets a few of his symbiotes die when he only had… 4 I think? Including Venom! I dunno if I had to go to space to find something I’d guard it better than simply a few research scientists and a metal door with a finger print scanner. Like a robot! YEAH! Film needed more robots. 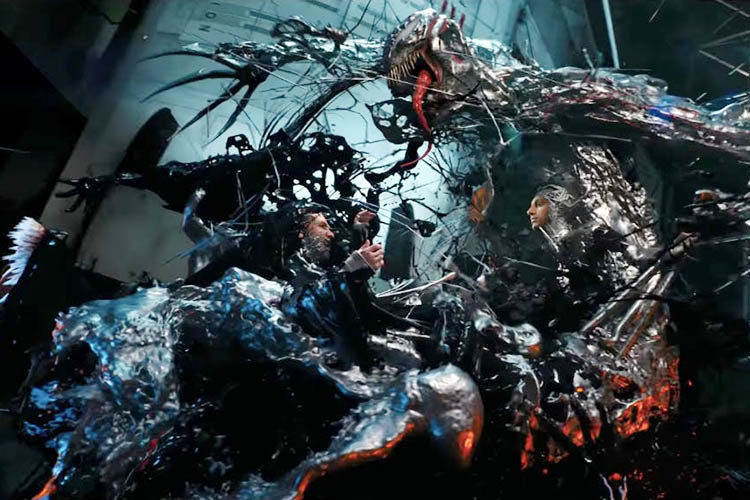 How impatient is Riot?

So, the movie launches pretty quickly into action when Drake and Riot fused together. At this point crazy not-Elon rushes towards full megalomania mode and decides he will launch into space no matter the cost. He wants to be an immortal space alien and to hell with normal convention! The problem is the symbiotes are a roaming race of hungry superbeings who could live in space, so why the hell didn’t they just… Wait? I mean there is no reason for Drake/Riot to need to go to space immediately, hell they waited half a year just to get to the initial launch stages. I dunno the whole thing could have been done with a little more patience… Granted I am asking for patience from a dude called Riot but… STILL! He walked across the earth in an old Chinese lady’s body, he must have SOME restraint. Ah well, he’s dead now. So ha ha to him.

How unspecific is host/symbiotes bonding? For the first 30 minutes of the movie Drake forces the point across that symbiotes need particular people to fuse with otherwise the host will die and they find another. With all the dead homeless people, bunny rabbits and moral standards of the scientific community I found it fairly hard to accept Venom would be so easily linked with Eddie Brock. But hell, chaos of the universe works in funny way right? What I cannot accept is that same symbiote is able to bind, without rejection, to an angry random dog in a hospital AND Eddie’s former partner. Consider the sheer number of people in the world and the supposed specific DNA links required the symbiotes were much less specific than we were initially lead to believe. Now I’m a scientist, I could do the math, but it would require a number too stupid even for standard form to estimate those odds.


Why Was the Advert Made From the End?

SO MUCH of the footage for the trailer came from the end of the movie. Why? Just… WHY?! Is this a new trick I am not aware of?!