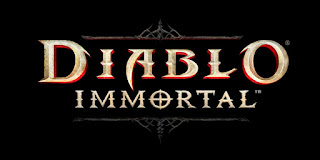 The devil is in the detail as the Defective Inspector looks at the recent announcement from Blizzard...

Oh now that may have gotten your attention. Is the Defective Inspector going to support Blizzard’s move to the mobile phone market with the Diablo franchise OR is he going to join the rage dump that has covered the new Blizzard title? Considering I’ve been buying Blizzard for almost 30 years now you can bet your ass I am in the corner of the fanatics, this is some Grade A centaur poop.

In case you didn’t know, what with living in a cave with access to only my articles, Diablo Immortal was a titled teaser released during BlizzCon only a few days ago. Rather than releasing Diablo 4 or a new expansion, Blizzard decided instead to create a story that takes place between Diablo 2 and Diablo 3. While the question of what happened between these two points is a worthy narrative the choice to move the gameplay, in it’s entirely, to mobile phone was not welcomed at all. Some even going as far to question the creators very publicly.

Look gamers are not a forgiving group, but rarely is there such a direct attack on a title. Hell a lot of people didn’t like the idea of Fallout 76 but I can’t recall this level of aggression at a Con. Blizzard hoped the initial backlash was the effect of the hype train getting out of a control and being impossible to achieve. Sadly the internet is well known for its candour and every attempt Blizzard have made to promote it, including large media sites like YouTube, have been met with scornful feedback. They even had to remove the initial trailer, reupload it, only for more “fans” to rush in and downvote the living hell out of it.

The video above may even be gone by the time this article comes up! Blizzard have even tried to list the video as “unlisted” so that it can’t be found unless actively searched for. Did that stop anyone? Nope. The downvoting has continued at a rate I’ve not seen since the Ghostbuster reboot. But why all the anger?

First of all, the hype caused some of this. Blizzard announced they were working on new Diablo projects, people assumed this meant Diablo 4 was about to bust out of its box. Hell, it’s been 6 years since a new Diablo game was released (not including add-ons) so the expectation wasn’t entirely unjustified. Instead the announcement was Nintendo Switch would get access to the Diablo 3 and the mobile game was the new kid on the block.

It got worse when Blizzard didn’t budge, they wanted a slice of the mobile pie and seemed adamant that their partnership with NetEase was the way to go. Sadly NetEase also haven’t taken the news well and their dirty laundry got brought up in the process. In fact they released a game that is suspiciously similar to Diablo Immortal called Endless of God. It’s a dangerous time for Blizzard’s Diablo franchise, a ship that was already starting to sink, so we have to watch and see what happens next.

While backlash is strong, to an unjustifiable level, Blizzard are very unlikely to shift its position and while the fans are hoping they’ll throw them a bone, but that’s now how Blizzard works. You either play by their rules, or walk away.