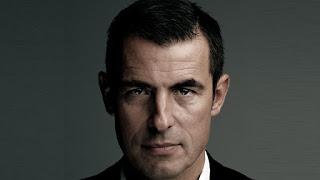 Three feature length episodes will re-introduce the world to Dracula, the vampire who made evil sexy. In Transylvania in 1897, the blood-drinking Count is drawing his plans against Victorian London. And be warned: the dead travel fast.

Claes Bang, whose CV also includes The Girl in the Spider’s Web, The Affair and Borgen among others, said “I am thrilled to be taking on the role of Dracula, especially when the script is in the hands of the incredible talents of Steven Moffat, Mark Gatiss and the team responsible for Sherlock. I'm so excited that I get to dig in to this iconic and super-interesting character. Yes he's evil, but there's also so much more to him, he’s charismatic, intelligent, witty and sexy. I realise that there's a lot to live up to with all the amazing people that have played him over the years, but I feel so privileged, to be taking on this incredible character.”

Hartswood and the Writers added “It was one of those moments - who else could it be than Claes! He has it all. Brilliant, gorgeous, charismatic, lethal. Tall, dark and gruesome all at once. Hell has a new boss."

Commissioned by BBC One, Dracula will be produced by Hartswood Films and is a co-production between BBC One and Netflix.

Piers Wenger, Controller of BBC Drama, said that “Hell has a new boss" when he talked about the casting and Larry Tanz, VP of Content Acquisition at Netflix, thought that viewers "will love to fear this dark and complex anti-hero."

Dracula was commissioned by Charlotte Moore, Director of BBC Content and Piers Wenger, Controller of BBC Drama. It is written and created by Steven Moffat and Mark Gatiss; executive producers are Mark Gatiss, Steven Moffat and Sue Vertue for Hartswood Films, Ben Irving for BBC and it will be handled by Larry Tanz for Netflix.

The series will premiere on BBC One in the UK and on Netflix outside of the UK.