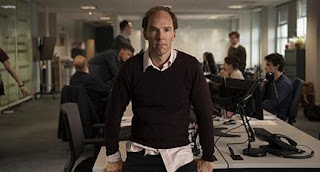 Benedict Cumberbatch stars in Channel 4’s timely and compelling behind-the-scenes drama about the Brexit referendum campaign, from award-winning writer James Graham. Brexit: The Uncivil War follows the campaign from the perspective of the largely unknown strategists in both the leave and remain camps as they plot to gain advantage over each other, while dealing with politicians jostling for the limelight and controversial financial backers.

At a time when explosive revelations about the mining of personal data and the corrosive effect of fake news and micro-targeted advertising through social media feeds are at the forefront of the news agenda,Brexit: The Uncivil War explores how modern data-driven campaigning techniques contributed to one of the most unexpected, highly-charged and controversial decisions in modern political history.

Brexit: The Uncivil War is written by RTS and Olivier Award-winning writer James Graham (Quiz, Ink, Coalition), and is directed by the award winning Toby Haynes (Black Mirror, Jonathan Strange & Mr Norrell, Sherlock). It will hit our screens next year.