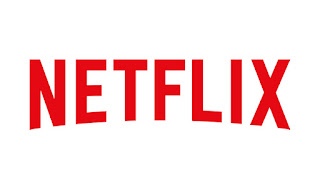 Nothing to do with a certain super-hero film, Netflix has announced Ragnarok, a brand new six part original series from award winning Borgen creator, Adam Price...


The six part Norwegian language series unfolds in the small fictional town of Edda in the middle of the vast and enthralling Norwegian countryside and is a modern day coming of age drama rooted in Norse mythology, set in a high school arena.

“It is a great pleasure to have a hand in creating the new Norwegian Netflix series. We believe that the Nordics have their own voice when it comes to storytelling, and we would like to help prove that with this large-scale series written by a Nordic team with writers from Norway, Sweden and Denmark,” said Adam Price, creator of Ragnarok. “The series has at its core an issue that not only people in the Nordics but people all over the world in an increasing degree are forced to respond to; our climate, which has in recent years undergone considerable changes. The ice caps are melting at a rate no one had anticipated. We go through long periods of drought. The winters are too warm. More and more frequently, we experience extreme cold bursts. In all ways extreme weather conditions. The world is changing, and some might claim that we’re headed towards a new Ragnarok. Unless someone intervenes in time... “

“I’m excited to introduce our new Netflix original from Norway and to bring the story of Norse Mythology to life in a modern-day context. Adam Price is such a talented storyteller and we look forward to sharing his amazing work with Netflix audiences around the world”, said Kelly Luegenbiehl, Vice President Originals Europe at Netflix.

The team behind Ragnarok
Adam Price is one of Denmark’s most talented and renowned writers. He is responsible for several critically acclaimed and award-winning TV series, including the BAFTA-winning Borgen and most recently Ride Upon the Storm. On Ragnarok, Price will function as creator, writer and executive producer and is joined by the Norwegian co-executive producer and writer Simen Alsvik (Lilyhammer, Neste Sommer), executive producer Meta Louise Foldager Sørensen (Antichrist, Melancholia) and producer Stine Meldgaard Madsen (Pros and Cons, Something’s Rockin’). Ragnarok is produced by SAM Productions, a Danish screenwriter-based production company.