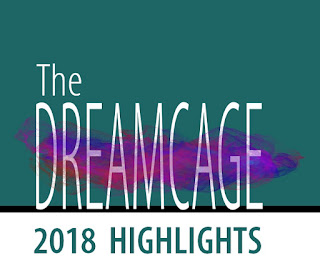 Steve Taylor-Bryant cannot be bothered with awards or nonsense arguments. Instead he is just going to force upon you his highlights of the year. Next up in his look back at 2018 is television...

It’s not easy this time of year. Everyone wants your ‘best of’ lists. The Problem is I can’t narrow things down that simply so I’m not going to. This year I’m just going to divide my article into sections, film, books etc, and wax lyrically about what I’ve enjoyed from each chapter of my life in reviewing in this Year of our Coffee 2018. I’m not going to mention my disappointments or what’s really let me down, there is enough ugliness in the world at the moment, and I’m also not stating this is anything definitive. If you enjoyed something else or didn’t quite like the same things as I did that’s absolutely fine, this article isn’t Twitter, we don’t have to go to war over whether a film or comic I consumed was worthy of praise or not. So, what shall I focus on today? Television, I think.

Ah television, my favourite medium for storytelling. Awesome tales broken down into manageable chunks that you can fit easily into your hectic lives. Got a day off from the grind of your pitiful existence? Binge an entire run of something from your streaming provider of choice or your wall of DVDs. Working in between school runs and shopping? Just quickly watch one episode of something, a taster if you will. You can’t do that with a film, you probably can with a book but why would you when you can watch television? There have been special years through the decades where you will find one standout show, maybe an A-Team, or a West Wing, perhaps even a Mr. Robot or a True Detective but just recently television seems to have entered special age, a little gold in colour, and just about every show you watch is a winner. That means my couch is now my throne and I am king of all I survey (he’s not, he’s just really, tired – Ed). So which gems of treasure have I enjoyed this year? Well…

Season 13 begins exactly where we left off, with Sam (Jared Padalecki) and Dean (Jensen Ackles) left to pick up the pieces after the loss of their mother, the demise of Crowley (Mark Sheppard) and the heart-breaking death of Castiel (Misha Collins). The birth of Jack (Alexander Calvert) leaves the Winchester brothers with differing opinions on how to deal with a Nephilim. After being dragged into the breach, Mary (guest star Samantha Smith) must learn to survive Lucifer (Mark Pellegrino) and an apocalyptic world. 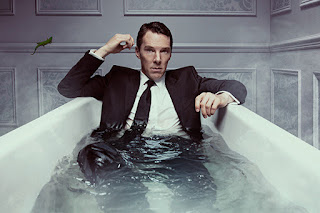 This five-part limited series based on the acclaimed novels by Edward St. Aubyn, tracks Patrick Melrose (Benedict Cumberbatch) from a privileged but deeply traumatic childhood in the South of France, through severe substance abuse in his twenties in New York and, ultimately, toward recovery back home in Britain. 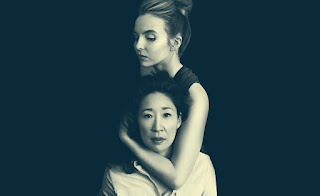 Eve is a bored, whip-smart security services operative whose desk-bound job doesn't fulfil her fantasies of being a spy. Villanelle is a talented killer who clings to the luxuries her violent job affords her. These two fierce women, equally obsessed with each other, will go head to head in an epic game of cat and mouse, toppling the typical spy-action thriller. 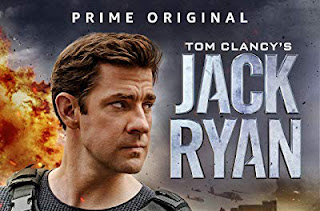 When CIA analyst Jack Ryan stumbles upon a suspicious series of bank transfers his search for answers pulls him from the safety of his desk job and catapults him into a deadly game of cat and mouse throughout Europe and the Middle East, with a rising terrorist figurehead preparing for a massive attack against the US and her allies 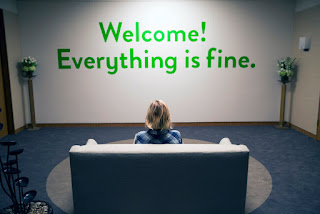 The Good Place is a town where those who have been good throughout their lives go once, they have passed away. Michael (Danson) is the architect who oversees the town--and this is the first one he has overseen creating. Eleanor (Bell) arrives at the Good Place and realizes they have her name right, but everything else is wrong. She isn't meant to be there at all. With the help of Chidi, her soul mate (Harper), Eleanor tries to right her wrongs, seeking to finally earn her spot in the Good Place.