Doctor Who - The End of Time Parts I and II 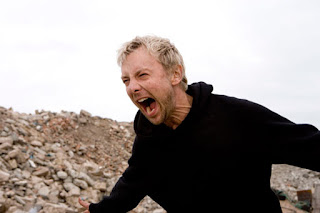 For December, and since this year's Special isn't until New Year's Day, a reminder of our Doctor Who expert Tony Cross' thoughts on ten New Who Christmas Special episodes from the past. Here is the Tenth Doctor adventure The End of Time Parts I and II ....

Now before I talk about these stories let me just briefly say how much I enjoyed re-watching the Tennant era. I hadn't re-watched much of it since original broadcast so that helped, I think. Series 4 was fantastic but there were highlights throughout.

Yes, Tennant's Doctor can be arrogant, selfish, glib and over-human. Yes, Rose's repeat exits suffer from the law of diminishing returns and yes, the 'dragging the Earth across the Universe' scene at the end of Journey's End still makes me want to bang my head against the table. Oh, and let us never speak of Fear Her again. But balanced against that were School Reunion, The Girl in the Fireplace, Love & Monsters (No scoffing at the back), Gridlock, Human Nature-The Family of Blood, Blink, Utopia, Planet of the Ood, Silence in the Library-Forest of the Dead, Midnight, Turn Left and The Waters of Mars.

Well, it has great moments. It has a ridiculously annoying cliff-hanger at the end of Part 1, which seems to be based purely on the chance to get in a line about 'The Master Race'. A-ha-ha. Oh, and all that 'Book of Saxon' bollocks at the beginning of Part 1 is positively embarrassing. What next, magic spells?

The best bits throughout the stories for me are the moments between The Doctor and The Master and The Doctor and Wilf. The quiet moments between all the excitement. They're emotional in the right way. The moment when the Doctor realises that the sound in The Master's head is real for example being tremendously well-played by both Tennant and Simm; their quiet chat in Part II when they're wondering what they would have become without each other; the last stand as the Doctor tries to decide who to kill to end Gallifrey's return. All brilliant.

Then there's the Doctor and Wilf (Bernard Cribbins). Again, scene after scene where they're brilliant together: the café discussion, the scene in the Vinvocci Space Craft when Wilf is trying to get the Doctor to take the gun and that (almost) final scene in which we realise the significance of Wilf to the Doctor. Yes, the Doctor's tantrum doesn't seem that Doctor-ish but then how many Doctors have had a long, long warning of their impending regeneration? Even The Fourth only had the Watcher about for a short moment or two.

The big set pieces leave me cold. The Vinvocci Space Ship attacked by missiles scene with added Star Wars rip-off doesn't even look that good. There's some pleasure in seeing the Time Lords returning but they're surprisingly uninteresting once they're up and running plus what's with Rassilon's 'Magic Hand'? And although it's great to see an actor of Timothy Dalton's stature playing Rassilon I think he's rather wasted. He gets to do a lot of booming voice bad guy-ery but that's about it. Give the man something excellent to do. 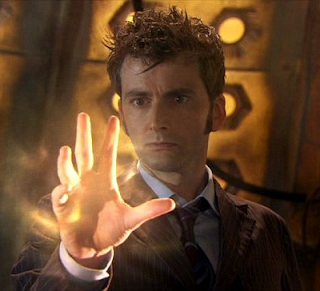 About actors being wasted stand up too David Harewood, who does a fine job as Joshua Naismith but again you ask why such a brilliant actor gets such a limited part. Yes, his relationship with his daughter borders on the creepy (and I hope I'm not the only person who thinks that) but fundamentally I think he's wasted in the part. Give the man something to get his teeth into.

And what about The Master? Well, I prefer John Simm's performance in this to Sound of Drums-Last of the Time Lords and he does a wonderful job with Tennant in some of the scenes I've outlined above. The question is though how do you bring the Master back from that? He's realised what the sound is in his head. He's no longer being driven mad by it. He realises he's been manipulated by the Time Lords. He sees that the Doctor isn't prepared to kill him, and he's prepared to save the Doctor. Then he seems to be dragged back into the Time War at the end. Even if you can bring him back, how can you bring him back as the same old Master. He must have changed*

The other issue with this story of course is the long ending, the Doctor's 'reward'. Now I don't mind this too much and some of it is rather nicely handled (although I'm not too enamoured of the Mickey-Martha marriage. It seems a bit throwaway but hey ho.) It's an extended farewell to a whole era and if you like just a glorified version of all those disembodied heads that swim around a regenerating Fourth and Fifth Doctor.

The big problem of course is that regeneration is now set-up as a BIG thing requiring build up and an over-hanging sense of doom. So big is the part and so big the series now that you can't just have the Doctor's regeneration happen as a part of a story, but it must be the focus of the story. But then perhaps I'm just being unfair. Thinking about it that's been the case almost forever. Regeneration is a big thing and in a way this regeneration reflects to the Fifth Doctor's. After all the big threats - The Master, the Time Lords and their bizarre plan etc - the Doctor sacrifices his life for one single person. For Wilf.

So to cut a long article short. It's not bad this but I like it more for the quiet scenes than for the rushing around.

*I have a pet theory of my own that if The Master came back, he should be The Meddling Monk. Still a little bit dodgy but not a galactic psychopath. I know. I know. But I like it.