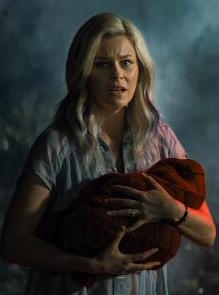 Billed as "a startling, subversive take on a radical new genre: superhero horror" watch the first trailer for Brightburn...

What if a child from another world crash-landed on Earth, but instead of becoming a hero to mankind, he proved to be something far more sinister?

James Gunn's creative mind takes the idea of Superman and What If's it into a horror film. What's not to like? Produced by James Gunn and Kenneth Huang and directed by David Yarovesky to a screenplay written by James Gunn's brother Brian and cousin Mark, the film stars Elizabeth Banks, with David Denman, Jackson A. Dunn, Matt Jones, and Meredith Hagner. Brightburn hits cinemas in the UK in May next year.