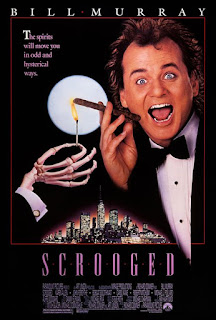 Taking a look at what should have been, could be or simply would make an interesting idea. There are so many possibilities... so what if Steve Taylor-Bryant was tasked with rebooting a Christmas classic?...


Francis Xavier Cross is a cynical, mean spirited television executive, he treats his loyal assistant with contempt. He just sacked a member of staff on Christmas Eve for simply disagreeing with him, and he's alienated himself from his brother who still insists on inviting Frank to Christmas dinner despite him refusing to go every year. However, Frank is forced to learn the true meaning of Christmas when he's visited by three ghosts.

Firstly, let's start with a swear word… Fuck! Scrooged is 30 years old! I’m not sure who allowed this to happen, but they shouldn’t have because now I feel decrepit, so you can shove your Christmas cheer where the sun don’t shine (so, Scotland? – Ed). I rewatched Scrooged a while ago with my children and, to be fair, I thought it had aged well until I was asked ‘who is Lee Majors’ and ‘What’s a VHS’. Once the crying had stopped and I wiped away the bogeys, all mine, I ran onto Facebook to comforted by the bosom of friendly avatars. Instead I ran into Stuart Mulrain whose bosom is not friendly and somehow after a few messages I was convinced that rebooting Scrooged would be a good idea, so why the hell not. I’ve recast as many of the characters as I think need recasting but I’m not doing the studio’s entire job for them, so the actual ‘live’ rendition of A Christmas Carol that Bill Murray’s Frank Cross was trying to get made will be ignored by me. I am instead concentrating on the Christmas Carol story involving Frank himself and those characters I believe are important to that aspect of the film… and sorry Lee Majors, I am also recasting you. I don’t want to, you understand, but I am being forced. 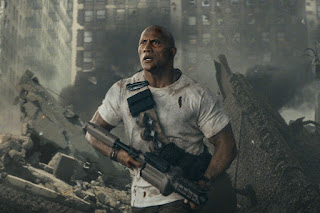 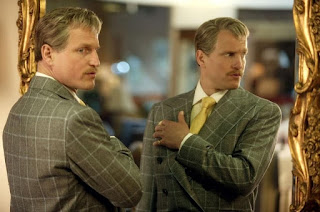 To the main cast then. We must start with Mr. Scrooge himself, Frank Cross, played so sickeningly well and naturally evil by Bill Murray. To replace a talent like Bill Murray you must have an actor that genuinely has the range of skills to play nasty and nice at the same time as being as deadpan funny as there is. Someone that you could imagine ruthlessly climbing the corporate ladder, casting aside family and friends, despising all that get in his way. Of course, when you list these characteristics you come to the same conclusion as me – Woody Harrelson.

The Bob Cratchit of this little fantasy was Cross’ long-suffering assistant Grace Cooley, played originally by the wonderful Alfre Woodard. Someone to put up with Harrelson, be a single mother to a mute child, and be funny in the face of adversary? This selection was actually an easy one to make – Octavia Spencer. 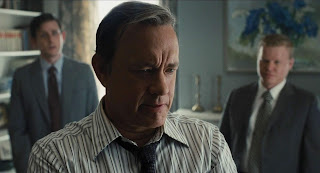 Before all the ghosts and weird Dickensian stuff happens to Cross, we meet the CEO of the media corporation, a man who wants cats and dogs to be considered part of the television audience, as weird as that sounds. In the original Scrooged this was played straight, and it worked so well, by the legend that is Robert Mitchum. The part of Preston Rhinelander is not a huge one, but it is memorable and needs an actor in similar legendary stature to Mitchum to make it work – Tom Hanks. 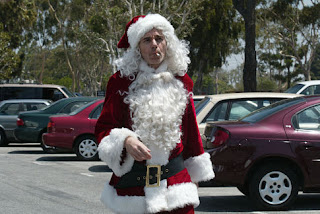 Frank Cross’ old boss, the Jacob Marley influence, was the Bacardi swilling, golf loving Lew Hayward played, in heavy make up, by John Forsythe. That first meeting between Cross and Hayward was quite intense as well as ridiculously funny and to carry off that level of strange humour whilst playing a drunk golfing ghost instantly suggests Billy Bob Thornton doesn’t it? Of course, it does, or you are wrong. 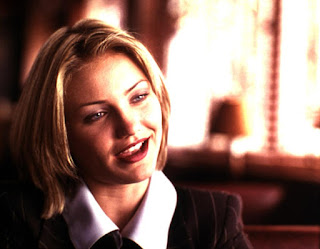 Then we get to Frank Cross’ past and the goody-two shoes, homeless loving, bastion of all that is good and happy (bah Humbug – Ed) Claire Phillips originally played by Mrs. Indiana Jones Karen Allen. This is the part I have the most problems casting. I don’t immediately have an actor spring to mind that can play goody-two shoes. Karen Allen was such a talent that she managed all that sickly-sweet tosh without it ever coming across as over the top. I am reluctant to nail my colours to the mast with this choice and so feel free to pick your own star for this role, it’s the only time that any of you could be right. For what its worth though sickly sweet brings to mind Cameron Diaz.

Preston hires someone to help Frank Cross, someone so far up Preston’s backside and smarmy that it could only be played by someone that has faced off with Harrelson before, an actor whose body of work demands Oscars but can also play comedy ridiculously well – Brice Cummings is Matthew McConaughey. 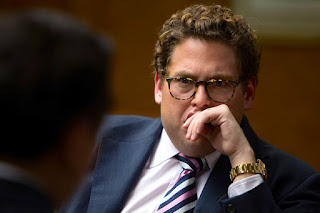 One more side character, before we get to the Ghosts was Eliot Loudermilk, the PR Exec fired by Cross who becomes the alcoholic bent on revenge played by Bobcat Goldthwaite. I loved this character and so I want someone in the role that I fully buy into, so I have picked Jonah Hill. 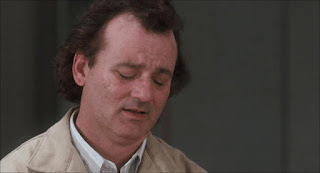 Then we get to the ghosts. Past, originally played by David Johansen, is where I throw a curveball by casting one of the original Scrooged stars. The mouthy, chain smoking, quite nasty ghost is going to played by… Yep, Bill Murray. 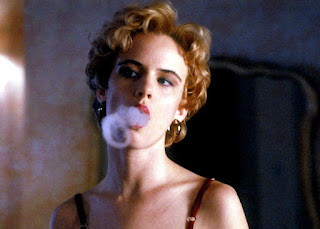 Present, originally portrayed so well by Carol Kane, needs some intensity, a distinct voice, and I truly think it needs to be someone we have seen on screen with Harrelson before. For that reason and that reason alone (mainly due to a restraining order – Ed) I have picked Juliette Lewis.

Future doesn’t really have any lines of dialogue, at least I don’t remember him having any, but I do want some kind of star presence involved and since we’ve used The Rock as Lee Majors, I have to pick the poor man’s Rock and plump for Dave Bautista.

So, there we have it, I have recast a classic without taking away any of the originals essence and I think I have done quite well. You may disagree, and I can’t help your wrongness, and so now I’m off to make sure Santa brings all my kids boxsets of The Fall Guy because you shouldn’t go through life not knowing who Lee Majors is.