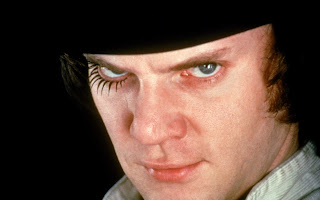 The BFI has announced details of a major focus on the work of Stanley Kubrick, taking place from 1st April – 31st May 2019...

The focus will include a definitive two month season at BFI Southbank, with screenings of Kubrick’s feature films, plus his shorts; with screenings on celluloid when possible. Running alongside the season will be a series of ‘Kubrickian’ films, featuring work by directors such as Christopher Nolan, Lynne Ramsay, Jonathan Glazer and Paul Thomas Anderson.

There will also be UK-wide BFI re-release of Kubrick’s adaptation of Anthony Burgess’ chilling novel A Clockwork Orange (1971) [see Steve's review of the film here], back in selected cinemas across the UK from 5 April, following BFI Southbank previews from 3 April. The film is the latest Kubrick title to be re-released by the BFI in a long-running partnership with Warner Bros., which has already brought thousands of people back into cinemas to see 2001: A Space Odyssey [see Steve's review of the film here], The Shining and Barry Lyndon over the past few years. 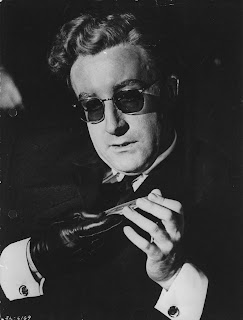 Also on extended run at BFI Southbank will be Dr. Strangelove (1964), re-released by Park Circus in selected cinemas UK-wide from 17 May [see Steve's review of the film here]. The re-release will be accompanied by a new short film, Stanley Kubrick Considers The Bomb, produced and directed by Matt Wells for Park Circus, which considers how Kubrick responded to society’s widespread concern about nuclear war and transformed it into his irreverent comic masterpiece. The short features contributions from those who knew Kubrick best, including Katharina Kubrick, Jan Harlan and journalist and author Eric Schlosser.

Stuart Brown, BFI Head of Programme and Acquisitions said: “Stanley Kubrick occupies a singular position in the history of cinema, being arguably not just the greatest filmmaker but one of the greatest and most enigmatic artists of the 20th century in any medium. Kubrick’s ability to convey bold and complex ideas to a mass audience, coupled with his now-infamously meticulous approach to his craft, produced films that were rich in meaning and have had unparalleled influence. As one of the only UK cinemas still showing films on film, it is important that audiences, especially young people who may only have seen Kubrick’s films on the small screen, get to see them in the cinema, on celluloid, as he intended.” 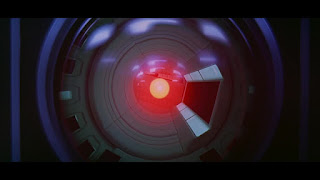 The events programme at BFI Southbank and the Design Museum during April and May will launch with The Anatomy of Kubrick on Thursday 4 April at BFI Southbank. This event will bring together experts and special guests to explore the defining elements of Kubrick’s cinematic universe. Speakers will analyse key scenes, discuss the themes that inspired Kubrick throughout his career, consider the cultural context for his work, and assess the importance of his work in film and broader culture in the 21st century. Also at BFI Southbank, Stanley meet Alexa: AI and Filmmaking in the Flesh on Saturday 27 April will look at Kubrick’s interest in AI and it has impacted filmmaking in the last 20 years. As debate rages about what the future holds for the technology, this special event will feature screenings of films already made with the help of machine learning – and onstage discussions with AI researchers, artists and filmmakers.

Starring Malcolm McDowell as gang leader Alex, Kubrick’s adaptation of Anthony Burgess’ decline-of-civilisation novel A Clockwork Orange (1971) remains a chilling, thrilling and unsettling cinematic vision of nihilistic violence and social control. In a flamboyantly stylised near-future, gangs of disenfranchised teenagers indulge in narcotic cocktails and revel in acts of ‘ultraviolence’. With A Clockwork Orange Kubrick was striving to deconstruct classic Hollywood narratives and create a cinema that behaved like music – in doing so he created a new, viscerally disturbing mode of storytelling. The BFI re-release of the film, on Friday 5th April, will be further contextualized by an event as part of BFI Southbank’s regular Philosophical Screens series. The event, on Tuesday 16 April, will see our regular film philosophers look at the violence and black humour in the film through a philosophical lens, exploring the ethics of watching violence onscreen, the representation of violence in the film and its impact on such issues as censorship. The Design Museum is hosting a series of events including a panel discussion on the designers that Kubrick collaborated with and a look into Kubrick’s London. The museum’s Friday late on 5 May will also be dedicated to Kubrick, with the exhibition open until 8pm.

Stanley Kubrick films screening in the season at BFI Southbank:

 Paths of Glory (1957) – after refusing to attack an enemy position, a general accuses a group of soldiers of cowardice and their commanding officer must defend them 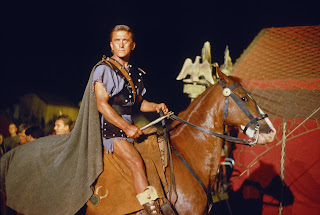  Spartacus (1960) – epic historical drama, written by Dalton Trumbo, and inspired by the life story of the gladiator Spartacus 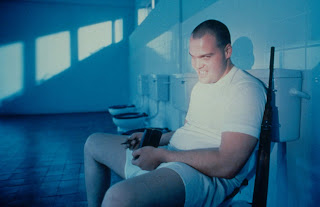  AI (Steven Spielberg, 2001) – while not directed by Kubrick, AI features in the season due to Kubrick’s prolonged attempts to adapt Supertoys Last All Summer Long, the short story on which it was based; after years of development work by Kubrick, he handed the project to Spielberg who completed the film two years after Kubrick’s death

A selection of the ‘Kubrickian’ films screening at BFI Southbank, with more to be announced:

 Melancholia (Lars Von Trier, 2011) – Von Trier is an auteur in the mould of Kubrick: consistently controversial, innovative, stringently demanding of his actors and with an underlying fascination with the darkness of the soul

 Birth (Jonathan Glazer, 2004) – clearly inspired by Kubrick in its pacing, visual clarity and use of the Steadicam, each frame of Birth is a piece of art

 American Psycho (Mary Harron, 2000) – with clear parallels to A Clockwork Orange, the film depicts motiveless evil and extreme violence as a commentary on its time [read Ventspleen's review here] 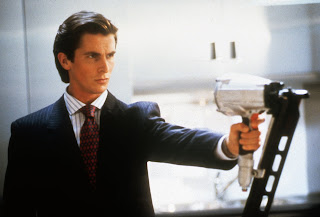  There Will Be Blood (Paul Thomas Anderson, 2007) – Daniel Day-Lewis’ Daniel Plainview, the prospector driven to violent madness by oil-fuelled greed, owes a debt to Jack Torrance in The Shining

 Dunkirk (Christopher Nolan, 2017) – Nolan has often been compared to Kubrick, and with his war epic Dunkirk, obvious parallels with Paths of Glory can be drawn [read Ren Zelen's review here]