Women Behind the Screens - Produced by Kathleen Kennedy 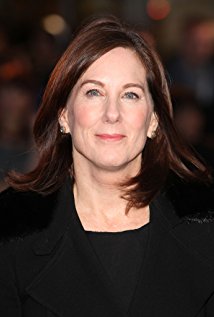 The job of a producer is a many-faceted one and Kraig Taylor-Bryant takes a look at the work and some of the films produced by Kathleen Kennedy...

When talking about women that have changed the film industry, it might be considered foolish to not mention a figure such as film producer Kathleen Kennedy. Her work on incredibly prestigious blockbusters such as E.T, Jurassic Park, Indiana Jones, and of course, her involvement in the Star Wars Franchise as of 2012, has certainly changed the film industry in itself. Producers are the key part of any production, they are responsible for key creative decisions, such as even bringing together the creative team itself. The producer will also have autonomy when it comes to fostering locations for the actors. They will also co-ordinate the direction of the film, with the director, as well as providing guidance and direction during the edit, but as well as all this, they have the major responsibility of handling the finance, and this could make or break a film franchise.

So, to say that she has changed the film industry is certainly an understatement, but why were these films so highly acclaimed?

Well E.T, for one, was a movie that achieved great things, being nominated for 5 Oscars, and even surpassing the Star Wars’ box office, and changing the way that viewers might perceive aliens coming to Earth, as a sent a message completely refreshing to movies that came before, such as Alien, for a more obvious example. Kennedy was credited by Spielberg for her good production ideas, ones that clearly made a difference considering the financial success of the movie. With Spielberg even giving Kathleen more control over this project, and it proving to be highly beneficial, seeing as she was 29 at the time, and was waiting for her chance to prove herself. She was even criticised for her lack of skills as a typist, though despite this, she didn’t let it get in the way of her playing a major role in the production of movies such as this one.

What Kathleen never fails to do, in her work with Spielberg is help to tell amazing family stories, that explore humanity’s faults and beauties. Exploring how, in films like Jurassic Park, the humans are exploiting the dinosaurs to build a park for money. And in movies like E.T, they want to experiment on the alien for their own gain. She has helped to make a tremendous difference to how we as an audience can perceive what we might be afraid of, but still show sympathy for. Alongside E.T, Jurassic Park was a box office success, even surpassing E.T, by telling a story of the beauty in something that can still be so dangerous, such as the dinosaurs.

Kathleen’s achievements are many, especially since she and Spielberg and Frank Marshall came together to form Amblin Entertainment which would end being very successful, producing a string of blockbuster hit movies, including Gremlins and Back to the Future. Following on from this, Marshall and Kennedy would go on to form their own production company in 1992. And it was through the formation of this company that they made further successes with incredible stories such as the Bourne Identity, amongst others. 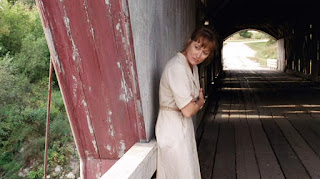 She also seems particularly well known for working for other prominent actresses, with Meryl Streep being one of these, because of her work in The Bridges of Madison County, which tells the story of an elderly woman who passed away, leaving behind the wish to have her children cremate her and spread her ashes over one of the historic bridges of Madison County. The film was one of Kennedy’s earlier films that portrays a strong female character, in Meryl Streep’s Francesca Johnson. Francesca throughout this film from the first time she meets a film maker named Robert, seems to be torn between being married and the potential “freedoms” that Robert seems to have. The fact that she has the choice to run away with Robert in this film but doesn’t because she cares about her family too much is what makes her strong, because she’s able to say goodbye to the man that she really loves, for the sake of her children. Meryl Streep does an incredible job of portraying this older woman in her younger years, putting on the Italian accent of this woman (as she moved to America when she fell in love with an American soldier). And that’s what helped her gain another Oscar nomination as she does an incredible fake accent. The fact that Kathleen Kennedy has worked with such iconic, and talented people, shows the connections that she’s made through her own skill, in producing an emotional film such as this.

Indiana Jones was another Kennedy success to be noted. Winning 4 Oscars, and being nominated for over 24 more, Indiana Jones combines history with fictional adventure, by telling a tale of an adventurer who is hired by the government to stop Nazis from obtaining a mystical artefact that could potentially gift them untold power, should they retrieve it, and unlock its secrets. I also think that the film uses the victory of World War 2, that some hold very closely to their heart, to create a nostalgia, that people can either really relate to, or really believe in the heroes, and their cause. Kathleen works on similar films set in this time, such as War Horse, which I also think uses her background knowledge of the war to aid the entertainment value somewhat.

Indiana Jones also seems to have a few characters like Marion Ravenwood, that could be considered as a strong female role model. Marion, in the first Indiana Jones movie is a particularly strong character that knows when to put Indy in his place, by talking sense into him or telling him “what’s what”, whilst also not being afraid to get her hands dirty when it comes to shooting a few Nazis. And therefore, encouraging characters like that in films such as Indiana Jones, are what makes those films fun for everyone, because those of both genders have characters they can bond with and relate to.

Later down the line, she would continue to work with some inspirational female characters, in some incredible blockbuster adventures such as Jurassic Park and Star Wars. And having a role in creating characters such as Daisy Ridley’s “Rey”, a character that all younger girls can idolise, a girl who is truly inspirational, because she comes from nothing, and becomes something special all on her own when she helps to save the resistance. Specifically, in Jurassic Park, there is the character of Ellie Sattler, who is an essential part to the movie, achieving important goals such as turning the electric fences back on to save human lives, but also revealing the kindness of some of the dinosaurs showing her care for a triceratops at one point in the film. The actress who plays this character is Laura Dern, who would also later be cast in Star Wars (which we can thank Kathleen for either having a connection with Laura Dern or encouraging female roles such as this to apply themselves for roles in Star Wars). In the future, it will hopefully be actresses such as these, that will encourage girls at a young age to aspire to become as successful an actress such as Daisy Ridley, who were only able to rise to fame because of Kathleen Kennedy, or they may now even aspire to film making to try and be like Kathleen Kennedy.

I think it’s clear to say that, since her involvement with Spielberg is with his more famous movies, such as E.T, Jurassic Park, Back to the Future, she’s clearly played an important role in ensuring their success. The fact that she has involved herself with such inspirational female actresses and has almost encouraged them to take centre stage in mainstream movies, means that she has earned the consideration of being one of “the most powerful women of all time”. Considering her control of a segment on what seems to be a company that dominates the mainstream media, she can certainly take some of the credit for the success of The Force Awakens, which went on to make two billion dollars at the box office. Now I would say that’s pretty significant, wouldn’t you?