Women Behind the Screens - The Write Stuff? 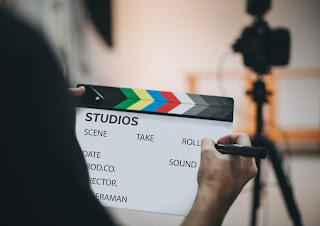 Susan Omand takes a look behind the screens to showcase the work of some current female screenwriters...

Anyone who knows me will tell you that I’m one of the first to complain about the plethora of positive discrimination that is out there. Positive discrimination is defined as “the act of treating one person more favourably than another because of aspects such as gender, race, age, marital status or sexual orientation” and so many employers, competitions, award ceremonies and festivals see this as a box ticking exercise, as a way of showing themselves to be “diverse” in their thinking where often the opposite is true, because they’re actively singling a specific group out from the rest for special treatment, to the exclusion of all other groups, for something other than their ability for the task at hand. In fact, I find it highly offensive to think that I would, for example, get a job over someone else purely “because I’m female” rather than for the skills I would bring to the job – is what I do not good enough to compete on its own merit? It should be the case that my work speaks for itself and it doesn’t matter who or what I am.

However, I also understand that, in order to pick the best individual for any job, the people with the purse strings do need to know the quality of work that is actually out there, from all groups, and it is hard to get past an inherent bias, especially in the creative industries, for some groups of people to get work even seen, never mind picked up. This is especially true of behind the scenes creatives, where tradition and personal networking, i.e. “who you know,” still play a huge part in who gets offered what job in film and TV. According to statistics*, the number of females credited as screenwriters in film has levelled off at about 15%, with that number dropping to just 7% for bigger budget movies. This is even though films written by female writers appear to be better received by the film-going audience which, ironically, tends to have an acknowledged 50/50 gender split.

There is a need therefore, not for positive discrimination as such, i.e. not to "hand a job" to someone as a box ticking exercise because of their gender etc, but to provide platforms to highlight the talent of all individuals whose work may otherwise get passed over because of that inherent bias, to heighten the awareness of what they can do so that, when a job does come along, they can be fairly considered for it along with everyone else.

Here then a list of current female screen-writers whose work you should either already be familiar with, even if you didn't know their names, or names to be on the lookout for in the future.

Diablo Cody has proved that she can work for both the big and small screen, with TV series like One Mississippi sitting comfortably alongside her film slate, which includes indie-style hits Juno, Jennifer’s Body and, most recently, Tully.

A favourite here at The DreamCage HQ, Ann Biderman started with a one-off movie script back in the 1980’s before hitting her stride in the 90’s, writing for NYPD Blue and creating Southland for the small screen as well as penning the screenplay for crime thrillers Copycat, Primal Fear and Smilla’s Feeling for Snow. These days she is best known as the creator of Ray Donovan

Another favourite, Jane Goldman is one of the few female screenwriters who has really managed to make it across many genres in the film industry. From her own fairy-tale start in Stardust, she has gone on to write thrillers (The Debt, The Limehouse Golem), action comedy (Kick-Ass) and gothic weirdness (Miss Peregrine’s Home for Peculiar Children, The Woman in Black) and that’s before we even get to her blockbuster franchise hits with a couple of X-Men movies and the Kingsman trilogy.

Abi Morgan is another who works across a range of genres for both the big and small screens, with films as diverse as the cultural drama Brick Lane, the historical epic The Invisible Woman and political biopic The Iron Lady working well alongside the Cold-War thriller series The Hour, unusual scandi-noir detective mini series River and her most recent family drama serial The Split.

A doyenne of the period drama on TV, Heidi Thomas wrote for Cranford, was responsible for the resurrection of Upstairs Downstairs and did the wonderful recent adaptation of Little Women into a mini-series. However, she is probably best known as the creator of the long running Call The Midwife.

Writing mostly for TV she started out writing for the hit kid’s TV series, Children’s Ward, and has gone on to make a name for herself with gritty northern dramas such as Happy Valley, Scott & Bailey and Last Tango in Halifax. Her new series, Gentleman Jack, sees her add a more historical air, setting her latest gritty northern drama in 1832, starring Suranne Jones as the real-life Anne Lister, a woman on a mission to marry a seriously wealthy woman.

I get the feeling we’ve still to see the best of Lisa McGee but she’s making a cracking impression so far in the TV screenwriting business, with episodes of Being Human and The White Queen under her belt, she’s also the creator of Raw and the viciously funny Derry Girls

Another name that we probably haven’t seen the best of yet, Camilla Blackett cut her teeth on the writing team of Skins, before moving to LA and becoming a staff writer on both the much under-rated drama The Newsroom and Fox comedy New Girl, with her most recent work being Fresh Off the Boat, literally.

Finally, we can’t do an article about writing for the screen without mentioning the hottest name in the British TV industry at the moment with Phoebe Waller-Bridge. Although relatively new to the role, having branched out into writing and producing while continuing her very successful acting career, with Killing Eve and Fleabag picking up awards left, right and centre, it will be interesting to see what she comes up with next.


As always, there are bound to be many, many names not on this list so feel free to give your favourite a shout out in the comments.

Photo by rawpixel.com from Pexels
Email ThisBlogThis!Share to TwitterShare to Facebook