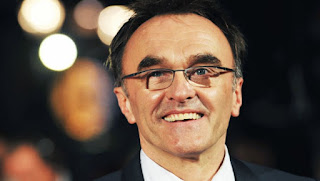 Penned by the acclaimed novelist Irvine Welsh and based on music mogul Alan McGee’s autobiography, The Creation Records Story: Riots, Raves and Running a Label, the film Creation Stories tells the unforgettable tale of the infamous record label which launched iconic bands such as Oasis, Primal Scream and The Jesus & Mary Chain; standing at the forefront of the Britpop movement, and selling over 60 million records worldwide. It’s a story of relentless ambition, mental torment, drugs, bankruptcy, unfathomable wealth, courting politicians and of how one written-off young Glaswegian upstart rose to irrevocably change the face of British culture.

Cult figure Irvine Welsh is the best-selling author of a number of critically-acclaimed novels. Irvine has penned the screenplay with writing partner Dean Cavanagh. Their close relationship with McGee, and first-hand experience of Creation Records’ trials and triumphs, make the team perfectly positioned to bring the story of the label head’s dizzying highs and lows to the big screen.

New additions to the cast include British talents Rupert Everett, Suki Waterhouse and Jason Flemyng. Ewen Bremner, best known for his iconic character “Spud” in Boyle’s Trainspotting, will take on the lead role of Alan McGee.

Nick Moran, best known for his role in Lock Stock and Two Smoking Barrels and directing of Telstar: The Story of Joe Meek and The Kid, shall be directing the production and working alongside Boyle to create a snapshot of a multi generation spanning record label and the British culture which it created.

Welsh says, “I’ve been lucky to work with both Danny and Nick over the years and to have the two of them together on this project, along with Ewen, feels like a lottery win.”

Director Nick Moran says, "Working as a team with Danny on this film is a dream. He is a visionary, the most important British film-maker since Tony Richardson, rightly regarded as one of the best directors in the world today and one of the most successful. He is also the kindest and most open of people and a cornucopia practical knowledge and wisdom. One of the nicest people you could ever meet. The last time him and Irvine worked together they changed the world of cinema. Who wouldn't be excited to be part of that team!"

Casting Director and Producer Dan Hubbard is taking care of all casting for the feature, and plans to put together a strong creative ensemble of British talent. The production has commenced prep and will be shooting in London late May 2019.