The Defective Inspector latches on to HyperParasite by Troglobyte Games...

The year is 1980-something. The timeline has been skewed and the world has unravelled into a neon dystopia circa 1980-other-something. Following the destruction of millions of lives during World War 3 the globe faces another threat, YOU. Welcome to HyperParasite, a game where the 80s gets darker and brighter at the same time! 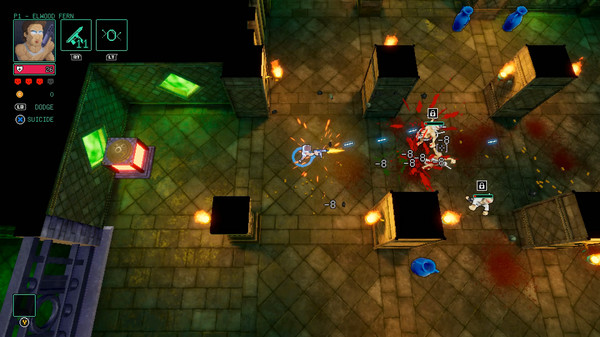 At its core HyperParasite is a roguelike top down bullet hell shooter where instead of picking characters, like in Nuclear Throne or Binding of Isaac, you pick them in the literal sense by using your fluorescent tentacles. You latch onto and inhabit nearby humanoids and utilise their abilities for your own sadistic pleasures. The premise alone works really well, there is a tactical advantage to picking particular people over others but desperation can force you to be innovative. You see, your host bodies despite being fleshy and disposable are without a doubt stronger than your parasitic self. So between some epic dodging and quick thinking the game gives you a unique but fun twist on the roguelike top down shooters out there at the moment. 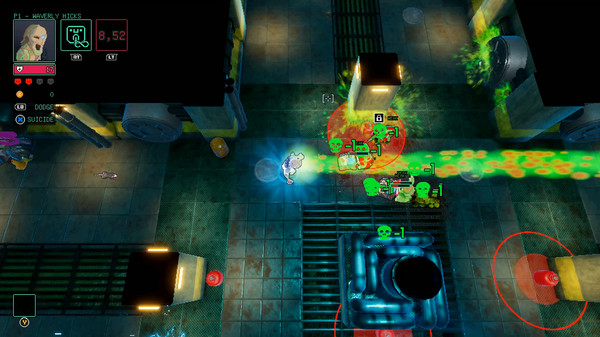 Gameplay wise the game is pretty solid. There is an initial tutorial to give you a basic awareness of the game, a few acts to work through to make sure it remains fresh, over 15 people PER ACT to inhabit. There is a lot to love about it and not much to pick apart. Couple in the fact the game is still in early access and you can colour me impressed. Even the pace of the game seems right, it’s not overtly fast like some bullet hell titles can be but I don’t feel held back by game mechanics. The AI, while not complex, are competent enough to make my experience challenging and the randomly created dungeons in each act ensures I am kept entertained when I inevitably die from a stray projectile or unwieldy hobo with a shopping cart. 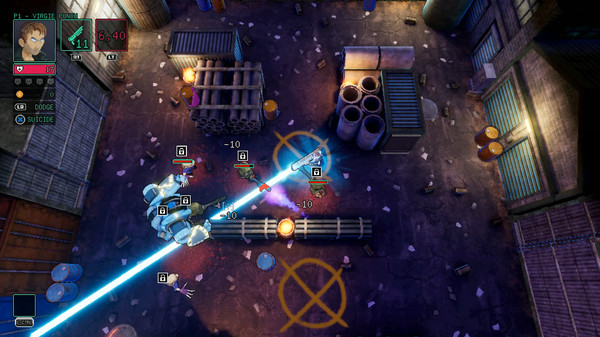 To increase replay-ability further not every human can be inhabited immediately. One of the few carry overs to this roguelike is your ability to spend cash to unlock access to more humans. There are 15 in each act and each one can theoretically be your host body. Obviously you are enticed to try and inhabit the most powerful enemy you can find but to add an extra wall to your world domination plans you must defeat a boss version of the enemy first. Then you must take its brain to a special (though poorly protected) facility where unlocking of the host body can begin. This means the early game is a lot of dodging, hoping and praying while you slowly amass a fortune of lobes and cash to become the best parasite you can be. It’s a great idea and does add a certain progressive feeling to gameplay without being too grindy. 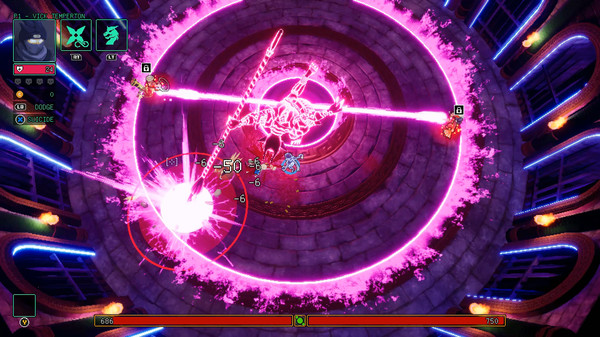 Aesthetically the game is wonderful. It reminds me of an old 80s movie theatre I used to go to as a child. Bright and flashy neon colours scatter across the streets in Act 1 and while Act 2 takes a more oriental route the same vibrancy seems to continue. I’ve yet to reach Act 3 and the company is still making Act 4 and 5, but I can only presume the fun times will continue accordingly. Even the pixel art has a certain appeal to it, the animations feel pretty smooth and the 80s references are numerous. I’ve counted at least 10 different movie references while playing and that tickles my funny bones with delight. Musically there is a theme forming, techno-like 80s synths dominate the eardrums and inject a little bit of adrenaline into your veins. It’s not a remarkable soundtrack, I’ve yet to find a bullet hell game that made me love the music more than the gameplay, but it’s a good solid well complementing composition. 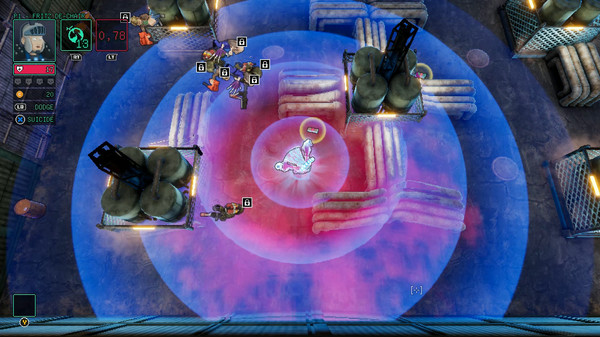 Overall HyperParasite is a clever twist on a solid concept allowing for gratuitous enjoyment. At a low asking price I can see myself recommending this game to a few people, simply because of the games charm, comedy and calamity are worth the time and money spent. Also the 80s, I have love for you if you were born in the 80s.