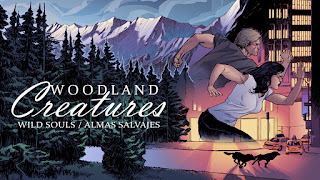 "Callie, a killer who's mind-linked to a wolf, and Chris, a PTSD suffering soldier, must stop the US army from weaponizing their kind." Currently crowdfunding on Kickstarter, find out more about Woodland Creatures: Wild Souls...

Calliope (Callie) Conway knows that her background would put any average killer to shame. She's never felt any empathy towards the human being. Alaska is her homeland and life in its wild lands isn't easy, but the worst part is facing her inner demons. To fight them she only has the help of Christopher and her amaroq, her animal soulmate, the oldest link between mankind and wolves.

When Christopher left the US army for a job as a tour guide in the Alaskan woods, he never thought he'd end up falling in love with a sociopath whose murders he'd have to constantly avoid or cover up. He'd got his very own problems derived from years of blindly following orders that he didn't always agree with. All he wanted now was to privately and peacefully deal with the nightmares while trying to move on.

However, a meeting in Manhattan with an old army colleague will force them to leave their personal issues behind while they join forces to prevent the approval of a plan that would endanger thousands of innocent lives for the interests of a few.

Woodland Creatures: Wild Souls was originally a novel by Cristina Roswell, which is now being adapted into a 3-issue comic-book series thanks to the adaptation skills of script-writer Fali Ruiz-Davila, the artistry of Tomás Aira (who was the artist of Garth Ennis' War Stories) and the lettering prowess of Gonzalo Duarte.

Here's a sneak preview of some of the pages below (click on the images to make them bigger): 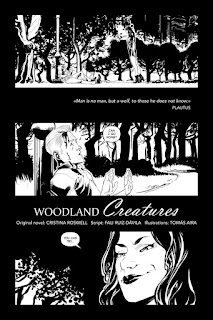 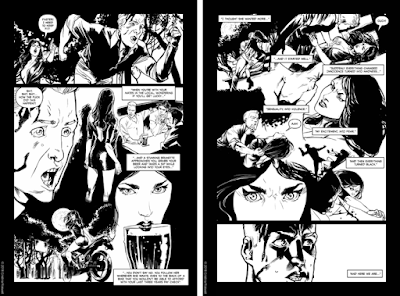 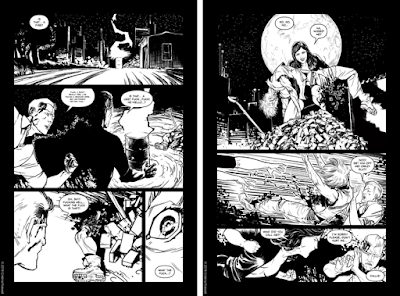 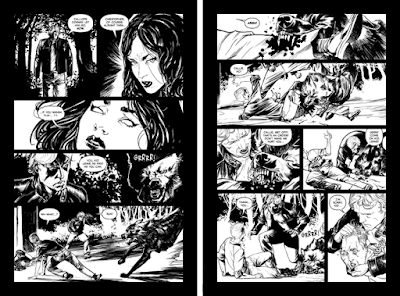 Something that is unique to this comic series is that you'll be able to get it in either English or Spanish, as Cristina is from Spain, although currently based in Edinburgh.

So what do you get for your money if you pre-order issue 1 on Kickstarter?  As well as the comic itself in either English or Spanish, with either the standard or a Kickstarter EXCLUSIVE variant cover, there's wallpaper images, bookmarks, art prints and even a signed script to be had. However this will all only be available if Cristina reaches her Kickstarter target and, with just over two weeks to go, she needs your help.

Find out more and support Woodland Creatures on Kickstarter at http://kck.st/2vHAWnX