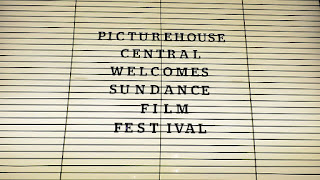 Sundance Film Festival:London returns to Picturehouse Central this year from Thursday 30th May to Sunday 2nd June. Here’s a quick look at some of the films we’re looking forward to...

Sundance: London is seen as a snapshot of the incredible independent cinema that comes out of the Sundance Film Festival, Utah, every January and, this year, twelve films have been selected from the American Festival to be shown in London by the Sundance Institute programming team in collaboration with Picturehouse.

In 2018, the London festival asked #WhatNext? in response to ongoing inequality in the film industry and presented a line-up of films brimming with female-driven stories. This year’s Sundance London theme of Risk Independence expands on that by showcasing innovative cinema and encouraging filmmakers, audiences and the wider British film community to “embrace fearless film-making with a diverse line-up of innovative cinema that challenges convention and questions the status quo.”

So, what of the festival itself? As well as the 12 new feature films curated from this year’s Sundance there’s also a comprehensive slate of short films, talks and special events, alongside their Triple Threat of films from past editions of the Sundance Film Festival and a special Surprise Screening, where the audience won’t know what they’re getting until the opening credits roll.

You can find the full programme here, but we’ve picked the five film that we’re most looking forward to (synopses courtesy of Sundance London): 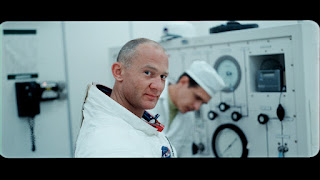 NASA’s vaults open for the first time to spill this exquisite, never-before seen audio and 70 mm film footage of the Apollo 11 mission. The meandering cameras in Cape Canaveral capture a dreamy-eyed portrait of America as it stepped into the future, and from inside the Apollo 11 spacecraft, the amazingly jocular conversation of the astronauts punctuates each stage of the mission with lightness and charm. Yet the crowds watching the rocket are oblivious to the enormous pressure mission control is under to succeed.

Director Todd Miller takes you straight to the heart of this intense scientific and human endeavour, sharing the atmosphere and action around the final moments of the preparation, liftoff, landing, and return of the famed moon-landing mission. The footage is so clean and vibrant, it is as if you are standing at the base of the rocket. Exquisitely crafted and realised, this truly immersive experience offers a new look into one of humanity’s greatest achievements, leaving us to marvel at human ingenuity and the impulse that led humanity to space. 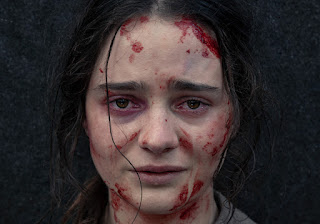 One night in 1820s Tasmania, Clare, a young Irish convict, loses everything she holds dear after her family is horrifically attacked. She’s immediately driven to track down and seek revenge against the British officer who oversaw the horror, so she enlists the service of an Aboriginal tracker named Billy. Marked by trauma from his own violence-filled past, Billy reluctantly agrees to take her through the interior of Tasmania. On this brutal quest for blood, Clare gets much more than she bargained for.

A snarling Aisling Franciosi drives this merciless revenge thriller through the unforgiving land of 19th-century Tasmania, a time when British colonists nearly decimated Aboriginal Tasmanians. With horrors around every corner, Jennifer Kent’s new nightmare will traumatize the weak of heart, but those willing will discover a majestic achievement most striking in its haunting moments of grace.

Isabel (Michelle Williams) has dedicated her life to working with the children in an orphanage in Calcutta. Theresa (Julianne Moore) is the multimillionaire head of a media company who lives with her handsome artist husband (Billy Crudup) and their two adorable twin boys in New York. When word comes to Isabel of a mysterious and generous grant for the financially struggling orphanage, she must travel to New York to meet the benefactor—Theresa—in person. And when Isabel is spontaneously invited to Theresa’s daughter’s wedding, Isabel discovers a connection to Theresa that takes her on an unexpected journey into her own past.

Adapting Susanne Bier’s Academy Award–nominated Danish film of the same title, writer/director Bart Freundlich has crafted an absorbing cinematic tale of secrets and intersecting lives. Both Williams and Moore give incredible performances and command the screen, adding nuance and depth to every scene they’re in. By cleverly changing the gender of Bier’s characters, Freundlich offers an elevated take on the film’s melodrama—and tells a rich, emotional story about strong women, motherhood, and fate. 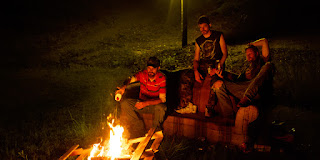 Holy crap. Dick is dead. Died last night after band practice, and his bandmates, Zeke and Earl, don’t want anybody finding out how. That’s too bad though, ’cause news travels fast in small-town Alabama, and these guys suck at covering their tracks. The authorities haven’t ID’d the body just yet, but Zeke’s wife and his daughter are getting more and more suspicious.

Michael Abbott Jr. as Zeke and Andre Hyland as Earl are both brilliant at being dumb and are both funny as hell when all hell breaks loose. Virginia Newcomb, as Zeke’s wife, Lydia, leads a killer supporting cast that includes Sarah Baker and Jess Weixler. From a daring, provocative, outrageous screenplay by Billy Chew, director Daniel Scheinert (one half of the directing duo known as DANIELS, who won the U.S. Dramatic Directing Award at the 2016 Sundance Film Festival for Swiss Army Man) expertly balances the hilarity and heartache of what happens when dark secrets are dragged kicking and screaming into the light. 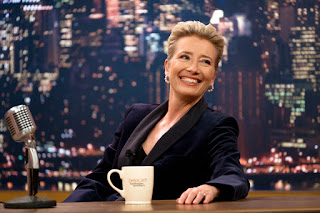 Late Night / U.S.A. (Director: Nisha Ganatra, Screenwriter: Mindy Kaling)
Katherine Newbury (Emma Thompson) is a pioneer and legendary host on the late-night talk-show circuit. When she’s accused of being a “woman who hates women,” she puts affirmative action on the to-do list, and—presto!—Molly (Mindy Kaling) is hired as the one woman in Katherine’s all-male writers’ room. But Molly might be too little too late, as the formidable Katherine also faces the reality of low ratings and a network that wants to replace her. Molly, wanting to prove she’s not simply a diversity hire who’s disrupting the comfort of the brotherhood, is determined to help Katherine by revitalizing her show and career—and possibly effect even bigger change at the same time.

Thompson brings pathos and amusingly severe charm to the pantsuit-clad Katherine. Smartly written by Kaling and snappily directed by Nisha Ganatra, Late Night takes on white privilege, entitlement, and a culture veering toward crassness and conservatism. Questioning how women in power are “supposed” to act, it delivers a winsome, sophisticated comedy about the times in which we live.


Sundance Film Festival: London is back! Returning to Picturehosue Central 30th May - 2nd June. Explore the programme and see what's in store http://picturehouses.com/sundance