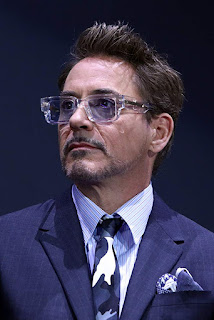 Steve Taylor-Bryant has been reading Twitter again. We tried to stop him, honest, but then he came back with a Robert Downey Jr Top Five...

Ah social media. Sometimes, just sometimes, it presents you with some great things, ya know in between petitions to get cucumbers inserted in whingeing fanboys' orifices or whatever that day's petition is moaning about. Anyway, the other day, this tweet came across my timeline:

Aight quick question, for those that are fans of rdj out the mcu, What's your fav movie of his that isnt a marvel movie? pic.twitter.com/SzgaS41UrH
— Stark⎊ (@RunTheJewrls) May 18, 2019

and I thought to myself, well that’s easy to answer, it’s obviously... crap! I can’t narrow it down to one, I’m not sure I could narrow it down to five if I’m honest, but I’m behind on my articles and if I don’t produce something they’ll start looking at my expense account, so I’ll it give it a go for the sake of my gin addiction.


Where do you start to narrow it down though? Are we looking at films that touch us in our feels? Oscar worthy seriousness? Fun belly-laughs-producing movies? I mean, am I allowed to mention Air America any more due to Downey Jr's co-star or will that spark another bloody petition?* Some of my favourite films have starred Robert Downey Jr, but not necessarily in the leading roles, so can I include them? Oh my word, look at the time! It’s five to gin so I better throw something together...

Starting with a big shout to Tropic Thunder and Good Night and Good Luck that are both brilliant films but just didn’t quite make the cut as they were more about the co-stars than the man himself.

And now, in order of my love for the films and no other criteria, my five Robert Downey Jr picks... 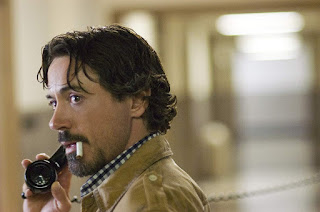 Paul Avery: Hey Bullitt, it's been almost a year. You gonna catch this fuckin' guy or not?

A serial killer in the San Francisco Bay Area taunts police with his letters and cryptic messages. We follow the investigators and reporters in this lightly fictionalized account of the true 1970's case as they search for the murderer, becoming obsessed with the case. Based on Robert Graysmith's book, the movie's focus is the lives and careers of the detectives and newspaper people. 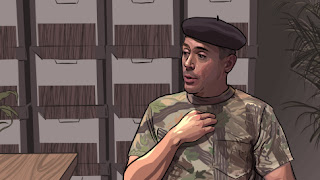 “Barris: There's only one thing we can do to thwart the plot of these albino shape-shifting lizard BITCHES!”

In a totalitarian society in a near future, the undercover detective Bob Arctor is working with a small time group of drug users trying to reach the big distributors of a brain-damaging drug called Substance D. His assignment is promoted by the recovery center New Path Corporation, and when Bob begins to lose his own identity and have schizophrenic behavior, he is submitted to tests to check his mental conditions. 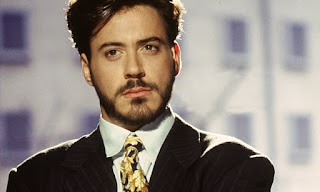 Mickey: I realized my true calling in life.

The misadventures of Mickey and Mallory: outcasts, lovers, and serial killers. They travel across Route 666 conducting psychedelic mass-slaughters not for money, not for revenge, just for kicks. Glorified by the media, the pair become legendary folk heroes; their story told by the single person they leave alive at the scene of each of their slaughters. 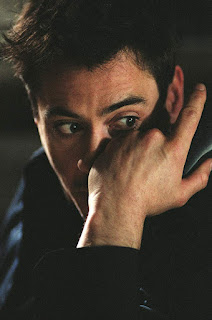 Pete: All that education, but you can't remember an umbrella?

Dr. Miranda Grey is a psychiatrist who works in a penitentiary, in the mental institution sector. She is married with Dr. Douglas Grey, the chief of department where Dr. Pete Graham also works. Chloe Sava, a patient of Dr. Miranda formerly abused by her stepfather, claims that she is frequently raped by the devil in her cell. After leaving the asylum in a stormy night, Dr. Miranda has a car accident, and when she wakes up, she is an inmate of the institution, being accused of an horrible crime and having no memory of the incident. 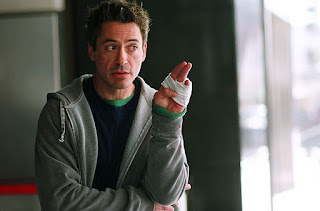 Harry: Do you think I'm stupid?

Perry: I don't think you'd know where to put food at, if you didn't flap your mouth so much. Yes I think you're stupid.

In LA, while escaping from the police after an unsuccessful robbery, the small time thief Harry Lockhart is accidentally submitted to an audition for a role of detective in a movie, and invited to a party. He meets a private eye Gay Perry, who suggests him to participate of an investigation to develop his character. He also meets the gorgeous aspirant actress Harmony Faith Lane, and finds that she was a friend of his childhood for whom he had a crush. Harry and Perry get involved in an intricate murder case with many leads. With the support of Harmony, they find the sordid truth of the case.


* Oh, and stuff your petition I love Air America!