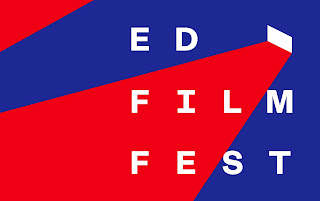 With the full programme of the Edinburgh International Film Festival being announced yesterday, Susan Omand has a look through the listings to see what piques her interest...

I always enjoy the run up to Edinburgh Film Festival, leafing through the vast programme, writing lists of what I want to see, trying to get the cloning machine to work again so that multiple me’s can schedule everything I want to see. And this year is no different. Before I have even looked at the talks, the special events, the short films, the retrospectives, the gala screenings, my list of “must sees” is well over 30 feature films long already! So I’m going to pick just a couple from some of the main strands for my “MUST must sees” (synopses from the brochure and trailers that I could find so far):

Yesterday - This delightful musical comedy, directed by Danny Boyle from a script by Richard Curtis, is fresh and funny with a wonderful cast and – most importantly – plenty of wonderful music. Himesh Patel stars as struggling singer-songwriter Jack Malik, who has an accident during a mysterious global blackout and wakes to a world where the Beatles never existed. With help from his tough-as-nails US agent, Mandi (Kate McKinnon), he becomes a star, but risks losing his childhood best friend, Ellie (Lily James). Will he let it be, or go back to where he once belonged? [12A]


Schemers - Set in Dundee c. 1979, Schemers is based on writer-producer David McLean’s early years in the music business. A fledgling promoter, he ambitiously booked bands with his friends John and Scot, all of them from the Dundee schemes. Young Davie (Conor Berry) is determined not to get a ‘real’ job. He starts out running discos and, after a run in with a local gangster, raises his ambitions to booking major bands such as Iron Maiden. Shot in and around Dundee using local talent, Schemers celebrates youthful ambition. [12A]

The Art of Self-Defense - The Art of Self-Defense is funny, weird, absurd and insightful, and while it spends time mulling over masculinity (rather like a funnier Fight Club), its sheer sense of ridiculousness punctures any macho leanings. Jesse Eisenberg is perfect as Casey, a nervous accountant who turns to karate and the teachings of the enigmatic Sensei (Alessandro Nivola) after being beaten up by a biker gang. Imogen Poots as Anna, the dojo’s sole woman teacher, is a great foil for Casey’s new confidence. This film has cult classic written all over it – funny, deftly bizarre and oddly sweet. [15]


Liberté: A Call to Spy - Inspired by the true stories of women recruited as spies by the Special Operations Executive (SOE) during World War II, who were sent to occupied France to disrupt the Nazi war machine. Spymistress for the SOE Vera Atkins (Stana Katic, Castle) recruits two unusual candidates: Virginia Hall (Sarah Megan Thomas, also writer and producer), an American with a wooden leg, and Noor Inayat Khan (Radhika Apte), a Muslim pacifist. The fascinating story of a real life sisterhood of spies and the dangerous work they did to try and stop Hitler. [15]

Reuben Brandt, Collector - An inventive, smart and thrilling animation aimed at adults and art lovers alike, this beautifully made Hungarian film swings between the worlds of cinema and art. Art thief Mimi (Gabriella Hámori) is pursued by private detective Mike Kowalski (Csaba ‘Kor’ Márton) through galleries and museums around the world as she aims to steal 13 artworks for psychotherapist Ruben Brandt (Iván Kamarás), who is tormented by nightmares of attacks by characters from the famous paintings. A dizzying and surreal fusion of styles that is always original and entertaining. [15]


The Emperor of Paris - Vincent Cassel is the perfect period anti-hero in this violent, impressively staged historical action thriller. Based on the life of infamous criminal Eugène François Vidocq, whose turn to crime-fighting inspired the likes of Edgar Allan Poe, The Emperor of Paris is set against the backdrop of Napoleonic France. Scottish actress Freya Mavor also stars as pickpocket Annette, who the reformed Vidocq falls for; Olga Kurylenko is the powerful La Baronne; and Denis Lavant impresses as gang leader Maillard. [15]

Bodies at Rest - High-concept action-adventure thrills ‘n’ spills from top genre director Renny Harlin, Bodies at Rest pays homage to the 1990s action skills Harlin refined in such films as Die Hard 2 and Cliffhanger. On a rainy Christmas Eve, the morgue of pathologist Nick Chan (Nick Cheung) and his intern (Yang Zi) is taken over by gunmen desperate to cover up a drug deal gone wrong. Taiwanese actor Richie Jen is great as the lead villain and the fight scenes make for great old-fashioned action mayhem. [15]


Astronaut - Richard Dreyfuss is excellent in this moving and enthralling new drama from writer-director Shelagh McLeod. Dreyfuss stars as Angus, a lonely widower whose long-held dream of becoming an astronaut is reignited when a nationwide competition is announced to win a trip to space with an independent space agency. Angus struggles against prejudice towards his age and increasing ill health, and with the help of his dysfunctional family his dream gets closer and closer to becoming reality. [12A]

2040 - Astute and playful, 2040 uses easy-to-digest visuals to show how scientific advancements might save our future world. In That Sugar Film, Damon Gameau used his own body to show the hidden effects of sugar in supposedly healthy foods. Here, he takes a different approach, using the film as a visual letter to his four-year-old daughter, Zoe (who will be 25 in 2040), to show how technological advances can have an impact. The school-age ethos gives an often cheery edge, but 2040’s message remains powerful and important. [U]


This Changes Everything - Featuring an impressive roster of powerful women working in front of and behind the camera in Hollywood, director Tom Donahue’s film shrewdly examines gender and race inequality in the film industry. It is moving, funny and important, and packed with great interviews – best of all is Tiffany Haddish recalling the pleasure of watching Diahann Carroll slug it out with Joan Collins in Dynasty. The statistics and the stories of false dawns can make for depressing viewing, but This Changes Everything has an underlying optimism that things can rightly change. Interviewees include Geena Davis, Meryl Streep, Natalie Portman, Taraji P. Henson, Reese Witherspoon and Cate Blanchett. [12A]


Memory: The Origins of Alien - Alexandre O. Philippe’s (The Life and Times of Paul the Psychic Octopus EIFF 2012; Doc of the Dead EIFF 2014) fascinating documentary explores the origins of Ridley Scott’s seminal 1979 sci-fi horror film and how it was shaped by the singular and collective vision of all involved, featuring a treasure trove of insights, reflections and trivia. From writer Dan O’Bannon’s original script Star Beast, to H. R. Giger’s startling designs, the influences of Egyptian and Greek mythology, Francis Bacon, Hieronymus Bosch and Joseph Conrad, and its subtle themes of imperialism, terrorism and political corruption, this is a riveting insight into the very art of moviemaking. [15]


Best Before Death - This impressive documentary follows the always-intriguing artist Bill Drummond over a two-year period during his ambitious 12-year world tour. He works in Lexington, North Carolina, and in Kolkata, India, engaging with local communities through his art/work project. He builds beds, bakes cakes, makes soup and shines shoes. Drummond’s clear-sighted vision of what he’s doing is inspirational, practical and from the heart, and, though he receives a variety of reactions from amused to perplexed, he interacts with observers with charm and easy grace. [12A]


Marianne & Leonard: Words of Love - In the 1960s, when Leonard Cohen was a burgeoning novelist and poet, he met young Norwegian Marianne Ihlen on the Greek island of Hydra. They fell in love and she became his muse, inspiring songs such as ‘So Long, Marianne’ and ‘Bird on the Wire’. In time, their relationship fractured and they lived apart, but as years passed and they grew older, the bond between them remained. Nick Broomfield – who also has links with Marianne and Hydra – tells a love story that is fascinating, tender and memorable. [12A]


Well, that should keep me busy for a while! Of course there is plenty more on my list (like Good Omens on the big screen, The Acid House, Robert the Bruce, Asterix, Apocalypse Now, Blue Velvet, all the short films…) ok, I’ll stop now and urge you to have a look at the online brochure and see what you fancy before tickets go on sale on Friday.

A night of Nicolas Cage films??

For more information on this year’s Festival visit www.edfilmfest.org.uk.
Email ThisBlogThis!Share to TwitterShare to Facebook