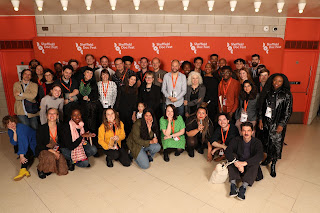 The 26th edition of Sheffield Doc/Fest closed last night with the Awards Ceremony where Jury and Audience awards and prizes, in Film and Alternate Realities categories, were announced...

Says Melanie Iredale, Interim Director, Sheffield Doc/Fest: “This year has been remarkable for the quality of the extraordinary, often personal, often timely stories we’ve had the privilege to witness these last six days, on the cinema screens, at our Alternate Realities exhibition and in our Talks programme. I am immensely proud that the majority of these stories were told by women, including 57% films in competition and 50% of Alternate Realities Projects. Our winners tonight demonstrate internationalism and urgency; among them stories about healthcare, Aleppo, climate change and reproductive rights - as well as showing us the creative and technical possibilities of non-fiction filmmaking and digital art”.

The 2019 edition of Doc/Fest was attended by 3489 industry delegates, an increase of 1.30% from last year. Filmmakers, digital creatives and decision makers from 59 countries (up from 55 in 2018) attended the six-day festival; 54% of the film programme was directed or co-directed by women. 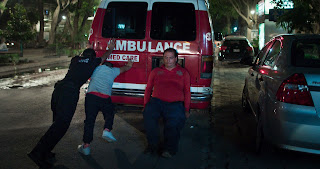 The jury, Jeremy Deller (Artist), Charlotte Cook (Producer), and Jenn Nkiru (Artist-Filmmaker) said, “for the Grand Jury prize we would like to award a technically accomplished film that combines family drama with serious moral questions for the participants and viewers alike. A film that examines the corruption of individuals within a pernicious market system, and that acts as a timely warning to the dangers of privatised healthcare. We also felt this film was a true celebration of the potential of independent filmmaking.”

The Jury described these as two unique and unforgettable films examining the most pressing human rights crisis of our generation. 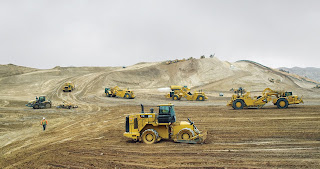 The jury, Inadelso Cossa (Filmmaker), Samara Chadwick (Filmmaker and Scholar), and Nita Deda (Director of DokuFest) said, “In a remarkable way, the sheer scale and ambition of this project is matched by its humility towards its subject and subjects. We were moved by the film’s palpable trust in its audience while simultaneously denouncing all of our hand in the scarred (mother) earth we leave behind to future people.”

A special mention went to MOTHER by Kristof Bilsen for “its tender depiction of the intersection of sacrifice and loss and its heart-breaking honesty in exploring the complexities of motherhood from different realities”. 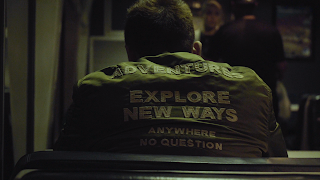 The Art Award jury, Deborah Stratman (Artist and Filmmaker), Leah Giblin (Producer) and Amar Ediriwira (Creative Director) said: “The power of an art documentary lies in its ability to expand the faculty of our language through new codes of expression. With this in mind we were compelled to recognise a film that harnesses the energy of its limitations; to exist in a state of instability that evokes the experience of some of the most at-risk members of society.” 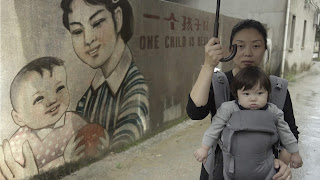 The Jury, made up of Gaylene Gould (BFI Head of Cinema and Events), Feras Fayyad (Filmmaker), and Eve Gabereau (Modern Films Founder), has selected One Child Nation directed by Nanfu Wang and Jialing Zhang. The jury said, “The jury appreciated the director’s compassionate balance of perspectives, the depth of the inquiry and the courage to reveal hidden truths. The aesthetic choices they make help the audience ask timely questions about women power, and reproductive rights.” 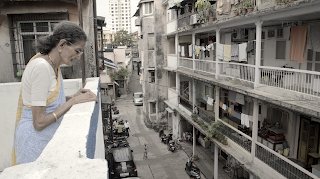 Recognising that the nurturing of new talent is an integral part of Doc/Fest, this award discovers and honours the future of documentary film, celebrating new talent and fresh perspectives. The 2019 New Talent Award is awarded to About Love directed by Archana Atul Phadke.

The jury, Mathieu Ajan (Film London Talent Executive), Shola Amoo (Screenwriter and Director), and Chloe Gbai (Filmmaker/Producer), said: “We were impressed by its immersive quality and its insightful depiction of a family grappling with changing cultural values.” 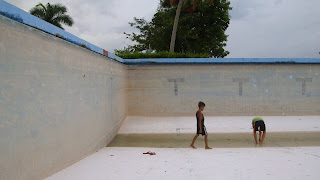 The 2019 Sheffield Doc/Fest Youth Award, selected by six of the UK’s most passionate young documentary lovers and celebrating non-fiction for young audiences, goes to Baracoa, directed by Pablo Briones and The Moving Picture Boys.

The Youth Jury, Maeve Allen, Natalie Lorimer, Jenna Mahale, Mo-Jai Mckeown, Liam Taft and Timon Williams said, “The film we have selected to receive the award is a ruminative, sensitive and aesthetically stunning portrait of Cuba in transition. It depicts childhood friendship, or youthful masculinity, and the formation of the self against an urban backdrop. This film expands the form of documentary, deftly treading the line between fiction and non-fiction”

Special mention went to Jawline by Liza Mandelup, described as “a film that captures a complex emerging subculture and truthfully reflecting the online world and what lies behind it.” 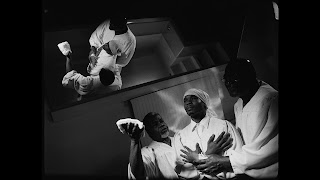 Celebrating the best short films in the festival made by emerging and established filmmakers from around the world, the winner of the 2019 Sheffield Doc/Fest Short Award is America directed by Garrett Bradley.

The Short Doc Award Jury, Grace Barber-Plentie (Writer and one third of Reel Good Film Club), Chris Osborn (Filmmaker, Writer & Curator) and Chloe Trayner, (Director of Open City Docs), said: “We want to commend this film for its use of heightened cinematic language to uncover and deconstruct a history that was not only lost but systematically erased. America looks back to look forward.” 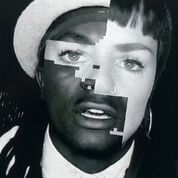 The Sheffield Doc/Fest Best Digital Experience Award celebrates the best experiential use of digital technology to create a participatory, immersive, or interactive journey through a non-fiction story or societal commentary is awarded to Echo created by Georgie Pinn and Kendyl Rossi.

The Jury Tom Higham (Creative Director York Mediale), Angelita Teo (Director National Museum of Singapore) and Kay Watson (Digital Curator Serpentine Galleries) praised Echo as “a refined and sensitive use of high-end technology to tell stories from multiple perspectives that results in a highly personal, empathetic and impactful experience in the tradition of collecting oral histories.”

The jury continued: “In our deliberation we were keen to consider not only the creativity and effectiveness of the storytelling and concept, the way in which digital tech is employed and the format in which it is experienced, but also the on-going potential of the project going forward. What is also important in this field is that the technology contributes to rather than dominates the story and experience, and this was at the forefront of our decisions.” 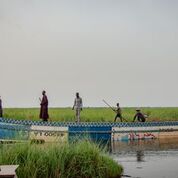 The Jury Kathy Brew (Videomaker, Curator, Writer and Educator), Annette Mees, (Head of Audience Labs, Royal Opera House) and Clare Reddington, CEO Watershed, said: “We loved the narrative device of using the lake as the main character and seeing through her eyes the changes to the environment, invoking empathy for the situation and people of Lake Chad.”

The Audience Awards are voted for by public and industry audiences throughout the festival.

The awards were presented by Sheffield based rap psalmist Otis Mensah to: 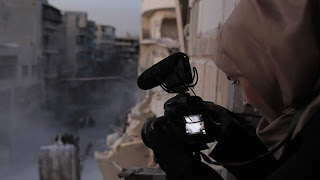 The award, in memory of Dr Clifford Shaw, is voted for by the Sheffield Doc/Fest audience. It recognises the film that receives the highest audience vote during the festival. The award goes to For Sama, directed by Waad al-Kateab and Edward Watts. 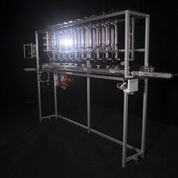 Voted for by the Sheffield Doc/Fest exhibition audience, this award recognises the Alternate Realities work that has received the highest audience vote during the Festival. This year’s winner is Algorithmic Perfumery, created by Frederik Duerinck.

Winner: £80,000 to make their first feature-length documentary awarded to All That Remains by Amanda Mustard

Runner up: £15,000 contribution awarded to Anna Oliker for AZ House


The BBC Three Pitch (supported by the BBC)

BBC Three is passionate about telling compelling stories from across the whole nation and championing new talent. Emerging filmmakers from the North have been invited to pitch their ideas to a panel of BBC commissioners, including BBC Three Controller Fiona Campbell, for the prize of a documentary commission for BBC Three.

Awarded to filmmakers presenting ideas for short documentaries that explore the nature and impact of poverty in the UK, in a way that can open up minds, improve public understanding of the issue and start to shift attitudes towards some of the most marginalised people and communities.

JRF and the Guardian are looking to support two short films with funding and global release via theguardian.com

A commission from Channel 4 for their first 60’ film and one-month fully-paid development and mentorship with an indie to support the development of their idea.