Moon Day - The Science of Poetry 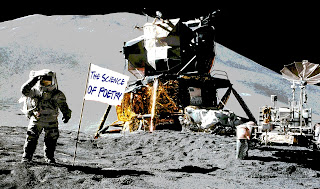 We're very honoured to have an exclusive guest article from poet, author, broadcaster and moon-thusiast Dom Conlon for our Moon Day celebrations today and he has a theory...

To prove it I’m packed into a classroom alongside thirty Year 6 children and they’re all looking at me like ghosts.

I look around at the confused expressions and repeat my question: did you meet my grandma on the Moon?

My question is sincere. Apollo 16 astronaut, Charlie Duke was asked it during a talk in Nepal, and when he answered that there had been nobody but him and John Young on the surface the room buzzed with concern. Local beliefs held that departed ancestors were to be found among the craters and mountains orbiting a quarter of a million miles from us.

Of all the stories about the Apollo missions, this one is perhaps my favourite (that and how one astronaut was so uneasy with the idea of going to the toilet in space that he managed to avoid having a poo for the entire duration—that’s eight days). I like it because it’s where science and human belief face off and I am forced to think about the impact each has on the other. Duke said afterwards that he wished someone had briefed him on the belief, that if he’d known then he might have found a more gentle and respectful way to deal with the question.

The way I dealt with the question was to write a poem. It’s the way I deal with most things in my life. If I am struggling with a problem, or if I want to share something beautiful, I write a poem. The result, ‘Did you meet my grandma on the Moon’ uses space exploration to examine belief, dreams and grief.

I ask the children in the class to open their hearts and tell me who they’d like to see again.

We would perhaps expect this from poetry: opening the heart to help us talk about love and loss. But poetry can unlock other things too: from reaching the stars first with our imaginations, then with our understanding, and finally with our bodies. And sure enough, the conversation goes from remembering our loved ones to thinking about what happens after death and whether we can track the change in energy because I throw in the idea of Newton’s first law of thermodynamics which says energy (and we are all made of energy) cannot be created or destroyed, it just changes state. You and I, I tell them, are the change in state resulting from a supernova many billions of years ago. 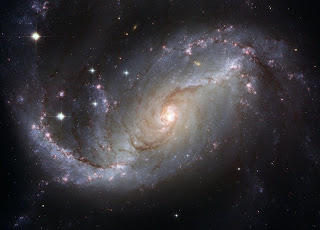 And poetry enabled that discussion.

I think we underestimate how willing to learn children are. And not just that, how able to learn. What sometimes holds them back is the format of learning. I’ve seen four-year-olds rocking up to a poetry recital and full of more knowledge about space than many of the adults in the audience. We learn the colours of the rainbow and the names of the planets through mnemonics: Richard of York Gave My Very Earnest Mother… wait, I’m confusing the two.

The point is we learn through creative thinking and for me, there are few more creative things than poetry. Not just because I’m a fan of Wordsworth and John Cooper Clarke but because poetry is (potentially) more accessible.

Raise a hand if you struggle writing a story or an essay. If I set you the task of writing to explain your feelings or a political point then there would be hesitation.

You’re not alone. I hesitated before writing this article. I struggled to write this article. Structuring my argument, correcting my grammar, clarifying my thoughts are not easy things for me to do.

Now write your own version of this poem by William Carlos Williams:

I have eaten
the plums
that were in
the icebox

and which
you were probably
saving
for breakfast

Forgive me
they were delicious
so sweet
and so cold

If you’ve spent more than ten minutes on social media then you’ve probably seen the poem before and this will not be a challenge. There are a thousand versions bouncing around as comments on pretty much every political and social situation. It’s as much an Internet meme as the jealous girlfriend, another form of poetry. It’s not a challenge, is it? But spend a little more time on what you’ve written and you’ll find yourself working out some problem or other that’s been bothering you. Or explaining something to someone (because you’ll start thinking about who the narrator talking to), or making a point about Brexit.

And by writing you are also sorting your thoughts and reinforcing. 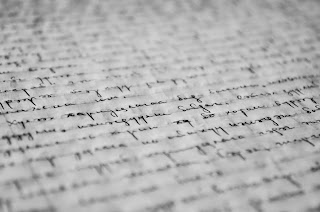 I’ve worked with lots of children of all ‘abilities’. Some astound me with their knowledge of the technical side of writing, others astound with ideas. There’s no guarantee that the two skills are linked. Children who blink at me when I mention metaphor will often turn in the most heart-wrenching and thought-provoking poems. One girl, too self-conscious to read her own work pushed her poem across the table to me in which she described herself as “the sun behind the cloud”. I’ve not felt silence so profound.

I think it’s because poetry has what I term ‘tools not rules’. It can be the flash of lightning etched into the air, or it can be the work of a sculptor working for months with a chisel.

And that, in an image, is why I think poetry can take us to the Moon.

How do you go from trying to pull large blocks of stone across a landscape, their edges digging up the ground, to understanding that it’s easier to place them on logs and roll them?

How do you go from looking at the Moon’s terminator to understanding that the Earth is round?

How do you go from hearing background noise from a radio telescope to understanding it was cosmic radiation from the formation of the universe?

A person’s ability to intuit things, to make a leap into the unknown and land upon truth, comes up again and again on the road to discovery. Blue sky thinking, unhindered by the obligation to work towards a goal, is a vital part of science funding. And I think this is where poetry and science come together. The process of exploring questions, following them down rabbit holes, is the same in poetry as it is in science. Keep re-writing your poem from the process above and you will see its shape shift away from that of Williams’ poem and into something you’d recognise as your own voice.

But it isn’t just about the inspiration.

In his book, A Sonnet To Science, Dr Sam Illingworth examines the lives of six Western scientists who wrote poetry. For them, poetry was a way to explain science—to examine it. Being creative isn’t at odds with being logical, it’s a fundamental element of it. Poetry can be used by the scientist to explain her work, or it can be used by the non-scientist to open up a conversation about a problem which needs a scientific solution. We can look at how poets are raising awareness of climate change. We can look at how Gil Scott Heron, in ‘Whitey’s On The Moon’, used poetry to question whether we should be going to the Moon when there are so many problems on Earth.

Poetry is the language of feelings, of exploration, of discovery. It needs no rules and no training, and yet it can explain everything.


Dom Conlon is a children's author, poet, radio broadcaster and copywriter with an interest in space and technology!