Podcast - And Why Not? Death to Smoochy 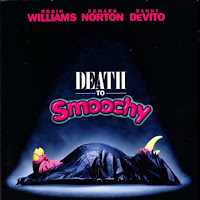 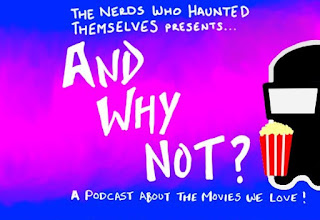 Every episode, our podcasting Barry Norman, aka Stuart Mulrain, lets a guest choose a film to discuss, reminisce over and share why they love it. This week he talks to our own Steve Taylor-Bryant about purple rhino homicide in Death to Smoochy... and why not?...

It's that film that nobody's ever heard of and even fewer people have seen, and yet the world now seems to be copying the plotline very closely indeed...

Randolph Smiley (Robin Williams) had it all. As Rainbow Randolph, star of children's TV, there was a Manhattan penthouse, billboard on Times Square, cars, boats.... until he gets caught by the Feds in an under-the-table bribe. Busted and reviled, Randolph is a star no more.

But Sheldon quickly learns that children's television is a dangerous, backstabbing world—but his biggest problem is Rainbow Randolph, who, broke and homeless, has sworn Death to Smoochy.

Presented in association with The Nerds Who Haunted Themselves.