Book - Notes on a Nervous Planet 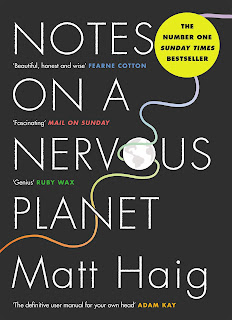 Best-selling author Matt Haig proposed that new language is needed to better define the difference between ‘mental health’ and ‘mental illness’ as he talked about his latest book Notes on a Nervous Planet at the Edinburgh International Book Festival...

“I like the broadness of the term ‘mental health’ as it’s something that everyone has, but it is not the same as having a mental illness,” Matt Haig said as he spoke about the stigma that can be caused by incorrectly using these terms at a sold-out event this week at the Book Festival.

While he acknowledged the difficulty of defining mental illness using conventional language, Haig suggested that the current vocabulary surrounding mental illness is too restrictive to adequately represent its nuances.

“I felt that the word ‘depression’ never summed up what I was feeling. Depression is understood as something that is slow and anxiety as something fast – and on the outside it can look like that – but on the inside it can feel very different. So those words don’t always work to describe these things.”

He criticised a recent tweet by Piers Morgan suggesting that ‘mental health’ should be called ‘mental strength’ for returning the conversation to an “unhelpful binary that separates physical and mental illness.” 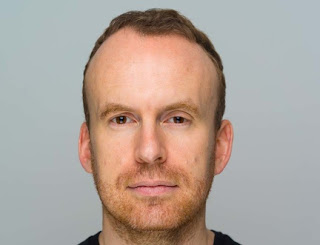 While Haig pointed to the impact of social media as a driver for increasing rates of mental illness, he also acknowledged that his use of social media is often less than healthy (a point illustrated when he attempted to check his Twitter feed whilst on stage).

“I have a love/hate relationship with social media – I’m a bit of a hypocrite. It’s addictive – like gambling – and it can be easy to be an arsehole on Twitter.”

Now 20 years on from the nervous breakdown that inspired his latest novel and 2015’s international best-seller Reasons to Stay Alive, Matt pointed to the cathartic power of writing in helping him to manage his depression. “Writing was a way of channelling my energy. I don’t think I’ll ever stop writing about it [mental illness] – the more stories we hear, the more power we have.”

The event ended on a lighter note as he announced that filming has been completed for the screen adaption of his children’s book A Boy Called Christmas, which stars Jim Broadbent, Maggie Smith and Kirsten Wiig.