Film - The Death of Dick Long 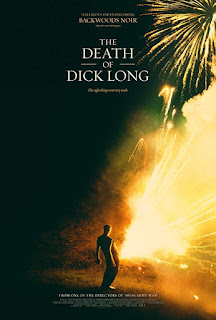 From the co-director of Swiss Army Man, things are about to go very south. Watch the trailer for The Death of Dick Long...

Holy crap. Dick is dead. Died last night after band practice, and his bandmates, Zeke and Earl, don’t want anybody finding out how. That’s too bad though, ’cause news travels fast in small-town Alabama, and these guys suck at covering their tracks. The authorities haven’t ID’d the body just yet, but Zeke’s wife and his daughter are getting more and more suspicious.

Michael Abbott Jr. as Zeke and Andre Hyland as Earl are both brilliant at being dumb and are both funny as hell when all hell breaks loose. Virginia Newcomb, as Zeke’s wife, Lydia, leads a killer supporting cast that includes Sarah Baker and Jess Weixler. From a daring, provocative, outrageous screenplay by Billy Chew, director Daniel Scheinert (one half of the directing duo known as DANIELS, who won the U.S. Dramatic Directing Award at the 2016 Sundance Film Festival for Swiss Army Man - Read Ren's review of that film HERE) expertly balances the hilarity and heartache of what happens when dark secrets are dragged kicking and screaming into the light.

The Death of Dick Long hits US movie theaters on 27th September, while we in the UK may have to wait a while.