Film - Lucy in the Sky 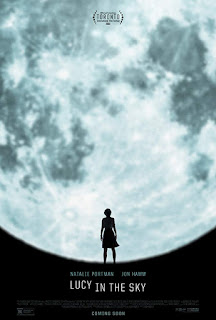 Picture yourself in a boat on a river... or don't and, instead, watch the latest trailer for Lucy in the Sky...

Natalie Portman plays Lucy Cola, a strong woman whose determination and drive as an astronaut take her to space, where she’s deeply moved by the transcendent experience of seeing her life from afar. Back home from a life-changing mission in space as Lucy’s world suddenly feels too small, her connection with reality slowly unravels and she starts to lose touch with reality. Her psychological decline culminates in a fevered cross-country trip with violent intentions in this complex, thrilling and darkly comedic character study.