Film - Madness in the Method 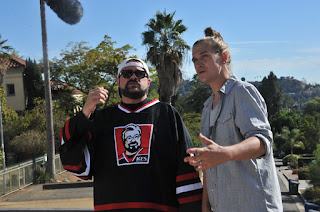 On at FrightFest 2019, Steve Taylor-Bryant finds there is indeed Madness in the Method...

Dean Cain - I'm gonna get shot one day, and you know what it is, the last thing that I'm gonna see? It's gonna be the disappointed face of some fanatic who is absolutely astounded that I can't stop a bullet.

I wasn’t quite sure what to expect from Jason Mewes directorial debut, I really only know him as Jay from Jay and Silent Bob fame and, as it turns out, that is all anyone knows him from and is the crux of the plot as Jason Mewes tries to become a serious and respected actor. The film starts and after some animation explaining Jason’s upbringing and how Jay and Silent Bob came to be you are suckered into thinking you are going to watch what is essentially a biopic, except it isn’t, it really is something completely different, dare I say unique? Jason is quite desperate to be taken seriously for his craft but people only want to cast him to type, leading to much frustration. After one casting agent decides not to cast him in the lead role, but wants him for the sweary sidekick a frustrated Jason asks his pal Kevin Smith for advice. Smith advises that he follow Daniel Day-Lewis’ and Jared Leto’s career choices and embark on some method acting. Jason visits Fernando Villareal (Jamie Camil) and borrows “Rob Weston’s Guide to Method Acting” with the advice to not read the book quickly. From here the film changes from mockumentary about Jason Mewes' acting career into a murder farce and it was a lot darker than I anticipated it would be and funnier for it. 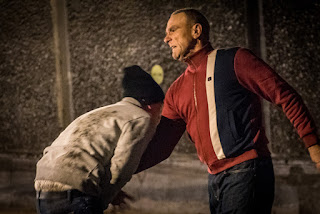 Like you would expect from Jason Mewes there are plenty of cussing and dick joke moments and, as with the Jay and Silent Bob films, there are plenty of cameos, including Stan Lee in possibly his last film role. Whilst cameos are great you cannot build a film from cameos alone, you must have some semblance of a plot and, whilst the plot is thin in places, when it works it works really well. Vinnie Jones as Vinnie Jones but with an alleged gangland past is highly believable and Jones plays himself better than anyone else ever could, Smith is not in the film as much as some fanboys hope for but his appearances are relevant to the story to drive Jason in the way he needs to go, and THAT ending I did not see coming. Other impressive turns are Danny Trejo, himself method acting for a role you certainly wouldn’t see for Trejo which was hilarious, and sketchy Dean Cain - paranoid he's relevant and being hunted by fans, Dean Cain is a scene stealer.

The film is not without its issues, Mewes direction is mostly solid but the film could have done with a maybe more experienced editor, with some scenes dragging and some ending snappier than maybe was needed which does lead to a few pacing issues but all in all it’s a great first attempt with Mewes playing a darker version of himself, riffing on his screen persona, and handling his sobriety issues with care but humour, which as a recovering addict myself I both appreciated and laughed at.

Madness in the Method may not win many awards but if you fancy something a little bit cleverer than a biopic and much more professionally narcissistic than you would expect then it is definitely worth the hour and a half of your time.