Podcast - Was This Always Weird: Dazed and Confused 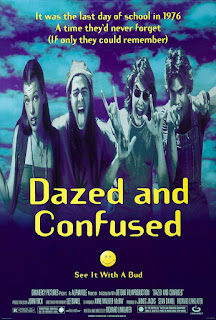 With some NSFW language, Cody Dearing and Matt Stoner from Austin, Texas break down the hilarious, upsetting and unusual things about a popular movie from the past. This time, "it was the last day of school in 1976, a time they'd never forget...

... if only they could remember"

But, given that neither Matt nor Cody were born in 1976 of course they wouldn't remember!

It's the 1993 movie that starred a lot of people before they were famous, that was directed by Robert Rodriguez Richard Linklater and should have been marketed as "American Graffiti but set in the 1970s"

Find more WTAW Weirdness at their website at http://wasthisalwaysweird.libsyn.com/