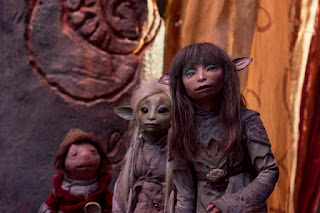 With the series due on Netflix at the end of the month, watch the final trailer for The Dark Crystal: Age of Resistance...

Light the fires of resistance! Join Deet (Nathalie Emnanuel), Rian (Taron Egerton) and Brea (Alice Dinnean) on an epic quest to find hope in darkness, save Thra, and reveal their destiny. Nothing will ever be the same. 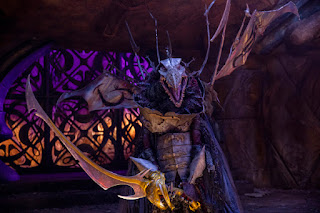 A Netflix Original Series from the Jim Henson Company and visionary director Louis Leterrier, the voice cast for this first season is stunning, with big names like Mark Hamill, Sigourney Weaver, Lena Headey, Jason Isaacs, Natalie Dormer, Shazad Latif, Mark Strong, Alicia Vikander, Helena Bonham-Carter... the list just goes on and on and on. And, from the look of the trailer, they're not holding back on the scary stuff either.


The Dark Crystal: Age of Resistance premieres on August 30th on Netflix.

Prepare for the Darkening...

Watch The Dark Crystal: Age of Resistance, Only on Netflix: https://www.netflix.com/title/80148535