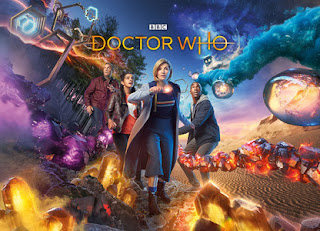 American Doctor Who fans rejoice, WarnerMedia’s upcoming streaming service in the US, HBO Max, has added to its arsenal of launch titles by securing the exclusive streaming rights to BBC’s longest running global franchise...

All 11 seasons of "New" Doctor Who will be available on WarnerMedia’s streaming service at launch in spring 2020, marking the SVOD premiere of season 11. As part of HBO Max’s new long-term deal with BBC Studios, the streamer will also be the exclusive SVOD home for future seasons after they air on BBC AMERICA.

“Doctor Who is one of television’s all-time, most beloved series, on both sides of the pond, and we are happy to be the exclusive streaming stewards for this BBC gem” said Kevin Reilly, Chief Content Officer, HBO Max and president, TNT, TBS, and truTV. “Another series to further define the high-quality content experience consumers can expect from HBO Max.”

“As any Doctor Who fan knows, the iconic TARDIS is ‘bigger on the inside’ – and it’s a good thing because the TARDIS is about to welcome a whole new slew of fans coming to the show through this deal with HBO Max,” said Nigel Gaines, Interim President, BBC Studios – Americas. “HBO Max’s ambitious content line-up is the perfect complement to the ‘Doctor Who’ global franchise, in addition to some of our most award-winning and game-changing UK dramas and comedies.”

“Doctor Who is a programme like no other - an incredibly rich world of stories, packed with adventure, regeneration, heart (two actually) and hope. Our audience is incredibly dedicated and engaged, and we can’t wait to work with HBO Max to tell our stories from across all of time and space,” said Sally de St Croix, Doctor Who Global Franchise Director.

In addition to Doctor Who, HBO Max has licensed 700 episodes of iconic BBC series such as The Office, Top Gear, Luther and The Honorable Woman.

Nine-part mini-series The Honorable Woman, centres on Nessa Stein, played byMaggie Gyllenhaal, who inherits her father’s arms business and finds herself in an international maelstrom as she continues to promote the reconciliation between Israelis and Palestinians. It was created, written and directed by Hugo Blick.

In addition to these iconic shows, the deal also includes new titles Pure, Trigonometry, Stath Lets Flats, Home and Ghosts which will all be available exclusively to HBO Max upon launch of the service.

All of these shows join HBO Max’s already-robust library, which is anticipated to boast 10,000 hours of programming at launch. In addition to their vast selection of beloved library titles, the service will also feature the entire HBO library of hits including fan favourites The Sopranos, Sex and the City, Veep and Game of Thrones, as well as The Fresh Prince of Bel-Air, Pretty Little Liars and all 236 episodes of Friends. 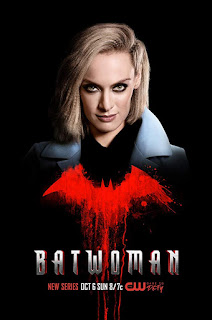 HBO Max will also be the exclusive out-of-season streaming home to a string of new Warner Bros. produced dramas for The CW, including the highly-anticipated new DC series Batwoman  and  Katy Keene (a spinoff of Riverdale). It will also be home to the critically acclaimed DC series Doom Patrol, with the first-season available at launch and new episodes set to debut simultaneously on DC Universe and HBO Max.

HBO Max is also developing a strong originals slate with film and television projects geared toward all audience segments in the home.

Gossip Girl - eight years after the original website went dark, a new generation of New York private school teens are introduced to the social surveillance of Gossip Girl.
Dune: The Sisterhood - an adaptation of Brian Herbert and Kevin Anderson’s book based in the world created by Frank Herbert’s Dune, from director Denis Villeneuve
Tokyo Vice - based on Jake Adelstein’s non-fiction first-hand account of the Tokyo Metropolitan Police beat starring Ansel Elgort
The Flight Attendant - a one-hour thriller series based on the novel by Chris Bohjalian, which will star Kaley Cuoco, who is also executive producing alongside Greg Berlanti
Love Life - a 10-episode half-hour romantic comedy anthology series starring Anna Kendrick, who will also executive produce alongside Paul Feig
Station Eleven - a post-apocalyptic limited series based on Emily St. John Mandel’s international bestseller, adapted by Patrick Somerville and directed by Hiro Murai
Made for Love - a 10-episode, half-hour, straight-to-series adaptation based on the tragicomic novel of the same name by Alissa Nutting, also from Somerville and directed by S.J. Clarkson
Gremlins - an animated series from Warner Bros. Animation and Amblin Entertainment based on the original movie.

On the film side, HBO Max has secured exclusive movie production deals with Greg Berlanti, one of Hollywood’s most prolific and successful producers, and Reese Witherspoon, Academy Award® and Emmy Award®-winning actress and producer. Berlanti will produce an initial four movies focused in the young adult space, while Witherspoon's Hello Sunshine will produce at least two films.

Stephen King’s The Outsider - a dark mystery starring Ben Mendelsohn, produced and directed by Jason Bateman
Lovecraft Country - a unique horror series based on a novel by Matt Ruff, written and executive produced by Misha Green, and executive produced by Jordan Peele and J.J. Abrams
The Nevers - Joss Whedon’s new science fiction series starring Laura Donnelly
The Gilded Age - the opulent world of 1885 New York from Downton Abbey’s Julian Fellowes
Avenue 5 - high satire aboard a space-bound cruise ship from Armando Iannucci, starring Hugh Laurie and Josh Gad
The Undoing - a psychological thriller from David E. Kelley, directed by Susanne Bier starring Nicole Kidman and Hugh Grant
The Plot Against America - reimagined history based on Phillip Roth’s novel written and executive produced by David Simon and Ed Burns, starring Winona Ryder and John Turturro
Perry Mason - the classic legal drama for a new generation, executive produced by Robert Downey, Jr. and Susan Downey, with Matthew Rhys in the title role
I Know This Much Is True - a complex family drama starring Mark Ruffalo playing twin brothers, one of whom has schizophrenia, based on the best-selling novel by Wally Lamb, written and directed by Derek Cianfrance.

Sadly, though HBO Max won't be made available to us here in the UK so I guess we'll just have to hope that we do get to see some of the new films and series some other way very soon.