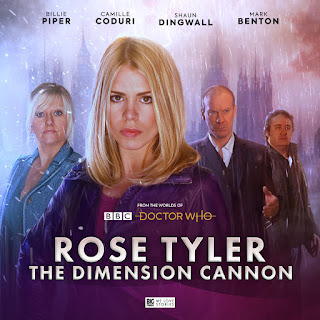 Billie Piper joins the Doctor Who audio universe reprising her role as one of the television show’s most popular companions in Rose Tyler: The Dimension Cannon, out now from Big Finish. Listen to the trailer...

‘We've been building this travel machine, this dimension cannon, so I could… well, so I could come back. Anyway, suddenly, it started to work and the dimensions started to collapse. Not just in our world, not just in yours, but the whole of reality.’ Rose Tyler – Doctor Who: Journey’s End.

In this new character-led series, Rose will be jumping realities in search of the Time Lord she loves…

As she begins a desperate mission to find the one person who can make a difference, Rose discovers that it’s not only her universe at stake. Across alternate dimensions, parallel timelines – where divergences may be tiny or cataclysmic – every Earth is under threat.

Time is running out, but Rose won’t stop searching until she finds the Doctor… 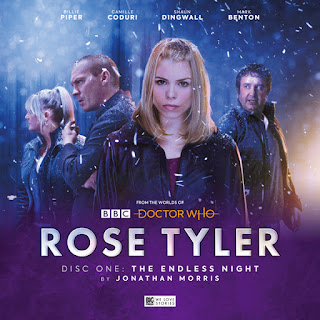 1.1 The Endless Night by Jonathan Morris

As his parallel universe darkens, Pete Tyler has found a chance of survival. Punch a hole through dimensions and someone can jump through – and maybe find a way to the Doctor’s universe.

On her very first trip, Rose visits an Earth that’s about to get colder. As a long night begins, Rose meets different versions of her parents. And one man who could help her search. His name is Clive… 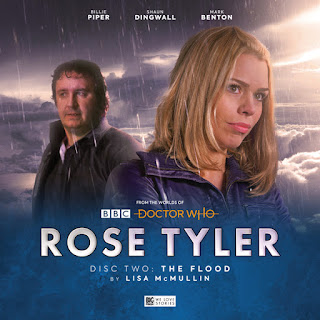 1.2 The Flood by Lisa McMullin

Making another leap with a new companion, Rose finds a world suffering environmental change. The rain won’t stop, and the government could be hiding the scale of the impending disaster.

While Rose connects with another version of Pete and a strangely compelling young man, Clive meets someone special of his own. In this world, there was no Clive for Caroline to meet, but love can cross dimensions. 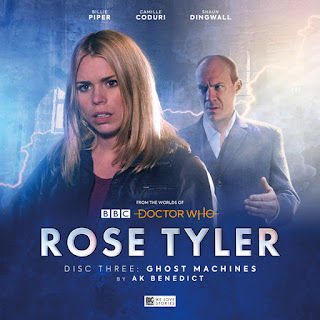 Pete decides it’s time he accompanied Rose on one of her dimension jumps. But he couldn’t have picked a worse time. They arrive in a world where technology took an extraordinary path, and where the recently deceased Pete Tyler had a very different kind of success.

As machines start to break down, Pete meets his widow, and he and Rose must confront truths about their ‘family’. But they may not escape this Earth alive. 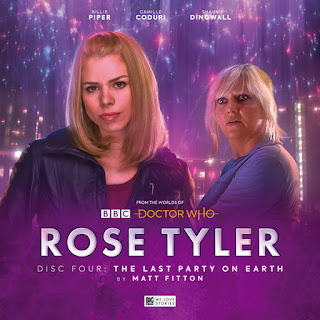 1.4 The Last Party on Earth by Matt Fitton

Rose and Jackie Tyler visit a home very close to the one they left behind. But some old friends are missing, and some are unexpectedly present… Rose meets two young men she knows should be together – it can sometimes take the end of the world to see what’s right in front of you.

Meanwhile, the Powell Estate faces Armageddon in the only way it can – by throwing a party. 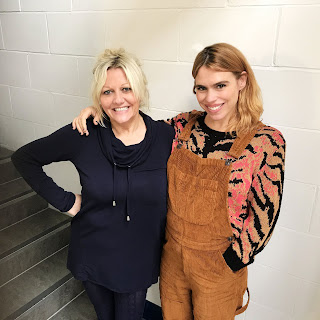 Producer David Richardson talked more about the return of Rose in last month’s Vortex magazine: “I love this series. I mentioned identity earlier and it really feels unique to the Big Finish catalogue. This is a Doctor Who spin-off that’s principally about characters.

“It’s not about monsters and aliens. There are plenty of threats and lots of thrills. But primarily it’s about the end of the world (in four very different ways) and how characters react to that. It’s not always pretty but sometimes it’s beautiful. And Russell’s [T Davies] help with the story development was invaluable – he got us to this really interesting and special place. I’m so hugely grateful to him.”

At the announcement of The Dimension Cannon, Billie Piper said “That’s the great thing about Doctor Who. It challenges new thinking. It’s progressive and it can be political in amongst these human emotions and relationships. I think that’s its greatest appeal.”

Rose Tyler: The Dimension Cannon is available now at £24.99 on CD or £19.99 on download. Don’t forget that every CD purchase from bigfinish.com unlocks a download exclusive via the Big Finish app and the Big Finish website.