Book - Reaffirmation: Coming to Terms with an Autism Diagnosis 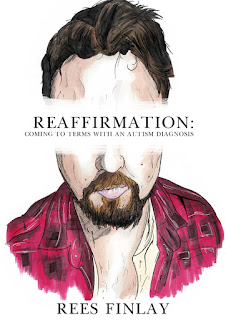 A lack of good information after a life-changing diagnosis, led comic-creator Rees Finlay to research and write his own. Susan Omand takes a look at a preview of Reaffirmation: Coming to Terms with an Autism Diagnosis...

Autism. It’s a small word with big implications. We all know somebody who copes with it every day, often having had a diagnosis in early childhood and learning how to deal with life on a daily basis as they grow up, with all the support and information that years of medical research has provided for children with autism. But what if you suddenly get told, at age 26, that you have the condition? How would you come to terms with “getting a label” like this? How does the diagnosis explain events in your past and where do you find out, as an adult, the basic information, history and support you need in order to live with it in the future?

That was the situation that comic book creator Rees Finlay found himself in so, using his own extensive research, he set out to try and fill that gap in autism literature for others with his book Reaffirmation: Coming to Terms with an Autism Diagnosis.

It sounds like a heavy title, and an even heavier topic but, from the short preview that I have read of the book, it’s elegantly and sensitively handled; I can tell that this is not Rees coming at the subject from a “holier than thou” standpoint of theoretical knowledge rather than practical application, nor does he preach dos and don’ts to make it a quick fix manual. Instead he mixes beautifully drawn comic pages with well-researched and very easily readable written prose giving an autobiographical insight into his own world and how he copes. There is a lot of useful information included too, both explaining aspects of the condition, some of the coping mechanisms that are available (but he’s not saying “do this and it will/won’t work as everyone, and every day, is different) and looking at how it is represented and portrayed by the media. This last theme certainly gave me a lot of pause for thought as it is all too often stereotypically handled in all forms of media, both factual and fictional, as a specifically childhood illness that makes you really great at one thing while being rubbish at everything else, rather than being discussed as the broad spectrum of issues for all ages that the medical diagnosis actually covers. 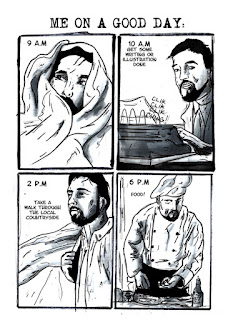 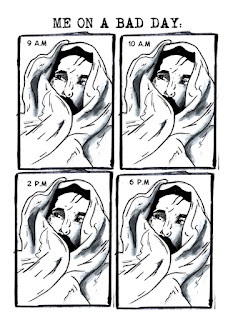 But it’s not all serious debate, there’s also a lot of humour here. Rees’ sense of humour is highly engaging and really funny, while walking the line of self-deprecation in a way that elicits empathy and understanding rather than sympathy for his situation. And that is a BIG thing. It is all too easy to play on the disabled seesaw when it is there – what I mean by that is either deliberately triggering people’s sympathies to get preferential bias or having to deal with the, as Rees calls it, “the aww bless you” condescending reaction that means they are treated like a toddler instead of an adult; as if whatever they achieve is somehow a great feat while being seen as utterly incapable otherwise.

Even in reading the short 30-page preview, I felt that I have learned such a lot about autism as a medical condition and been made to think about how it is portrayed. I also found myself nodding along with certain situations and wanting to find out more, wanting to read the rest of the book. Chatting to Rees on email, I found out that Reaffirmation is finished and he is due to start crowdfunding the book on Kickstarter on the 27th of this month. We will let everyone know when the Kickstarter is live so you can pre-order the book for yourselves. And Rees can guarantee that I will be one of the first in the queue to get it backed, both for my own curiosity in reading the finished book and because I think that this will indeed be an important addition to an area sadly lacking in factual, unpatronising and easy to read literature.

Reaffirmation: Coming to Terms with an Autism Diagnosis comes to Kickstarter on 27th September.