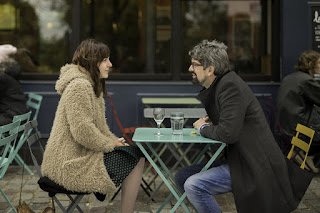 A feel-good movie about feeling bad, Emma Peeters is coming to Raindance Film Festival next week. Watch the trailer...

Emma Peeters will soon be 35 and has yet to accomplish something. After years of hardship in Paris in trying to become an actress, an idea strikes her fancy: bringing her days to an end in a week’s time, on her birthday. In the process Emma meets Alex Bodart, a fanciful funeral home employee who will help her in her reckless endeavour. By dint of hard work to hide their respective feelings, it seems they may succeed in bringing about Emma’s final objective...

Starring Monia Chokri and Fabrice Addri, the film is written and directed by Nicole Palo.

When asked about the film, Palo said, "Emma Peeters aims to pep up the existential genre by its slight derision and caustic wit. The heroine on her unreasonable journey breathes life into the film making it anything but depressing. The love story that emerges from the suicidal enterprise offers the anticipated catharsis."

She added, "Finding the right comic tone when dealing with a subject like suicide was not easy. This is one of the reasons why writing took a long time. When I portrayed Emma’s unhappiness with too much realism, the story turned to drama and when I treated it too lightly, her motivation to commit suicide became too weak. The solution was in character development. The reality depicted in the film is subjective. It is seen through Emma’s eyes. For her, a small event takes on huge and potentially fatal proportions. For ordinary people, her misadventures are not strong enough to justify wanting to take one’s life. But for Emma, the drama she lives through is real."

Emma Peeters screens at Raindance on 24th and 25th September. Find out more and book tickets.