Anime Day - Anime comes to All 4 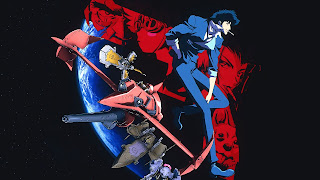 The 14 titles in the collection, comprising 285 dubbed episodes, have been selected to showcase Anime’s diverse range of styles and story-telling. The collection includes introductory titles such as Tokyo Ghoul, Megalo Box and Persona 5: The Animation; nostalgic classics like Cowboy Bepop, Cardcaptor Sakura and Mobile Suit Gundam: The Origin; and fan favourites including Gurren Lagann, Kill La Kill and Durarara!!

The Japanese art form of Anime is one of the most popular genres of animation in the world, representing a range of genres, styles and themes. From underground boxing matches to dentists for dragons, from interplanetary bounty hunters to an evil, superpowered school council, All 4’s Anime collection will thrill existing fans and introduce a whole new audience to the genre.

Charlie Palmer, Managing Editor for All 4, said, “The Anime collection is a great addition to our growing body of animation on All 4. In making these series available to stream for free, we look forward to introducing a brand new audience to this exciting art form.” 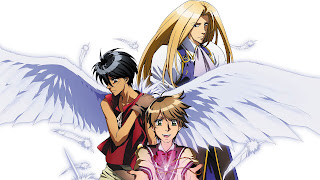 Durarara!! – when Mikado Ryugamine moves to Ikebukuro, the last thing he expects to run into is the Black Rider, a headless motorcyclist whose supernatural influence envelopes the city in mayhem.

The Vision of Escaflowne – Hitomi is an ordinary teenager. But when she is transported to Gaea, a mysterious planet full of fantastical wonders, she finds herself embroiled in a war against the forces of evil and must become a hero in this strangest of lands.

Cardcaptor Sakura – ten-year-old Sakura discovers a mysterious book containing magical cards. When these cards are accidentally scattered over the earth, Sakura becomes the Cardcaptor, trying to balance ordinary life with her magical adventures to save the world.

Megalo Box – Junk Dog is an underground Megalo Box fighter, a brutal sport where fighters utilise mechanical limbs to improve their performance and batter their opponents. In order to challenge the legendary champion and achieve fame and fortune, Junk Dog must battle his way through a world-spanning tournament where every fight could be his last 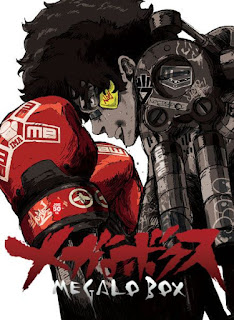 Mobile Suit Gundam: The Origin – an epic story of war, family and hope, set against the backdrop of an intergalactic war. When two orphaned children flee chaos, their decisions will shape the galaxy’s future.

Charlotte – when a comet passes Earth, preadolescent children can manifest superhuman abilities. Yuu Otosaka suddenly finds himself able to temporarily possess people and joins Hoshinoumi Academy, a school specifically for powered students. Here Yuu will discover his destiny… and powers greater than he could ever have imagined.

The Dragon Dentist – Nonoko is the newly appointed dentist for the dragon guardian of her nation, protecting his teeth to keep him strong. When she stumbles across an unconscious soldier from an enemy country, the pair will be forced to battle in an all-consuming war as disaster looms.

Tokyo Ghoul – in an alternate Tokyo, humans live alongside ghouls, creatures that hide amongst the population and survive off human flesh. Mortally wounded human Ken Kaneki is turned into a half ghoul and must learn to live in two worlds, forever hiding his true self.

Inuyasha – when Kagome falls into a well, she finds herself in Japan’s Sengoku period. Here she must battle demons and recover the shattered pieces of the magical Shikon Jewel in order to save the world. 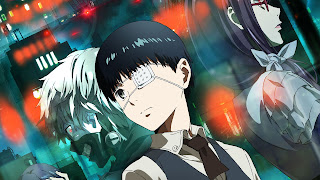 Titles Coming Soon
Kill La Kill – after the murder of her father, Ryuuko Matoi arrives at the Honnouji Academy seeking answers. She soon finds herself at odds with the superpowered student council, led by the cold-hearted president Satsuki. Never mind her quest for vengeance… will Ryuuko even survive?

Gurren Lagann – in a dystopian future, the Spiral King forces mankind to live in subterranean villages. The only hope for humanity’s liberation is two best friends and their powerful mecha, Gurren Lagann.

Persona 5: The Animation – teenager Ren is transported to the Metaverse where he battles ‘shadows’, distorted depictions of people’s true selves. With his new team, the Phantom Thieves of Hearts, Ren struggles to make evildoers turn over a new leaf.

Sword Art Online: Alicization – in the year 2022, humans spend their days within a virtual reality game. Kirito loves playing with Eugeo and Alice, having adventures across magical landscapes. When Alice is suddenly taken to be executed, Kirito must battle goblins, genies and evil AI to save her.