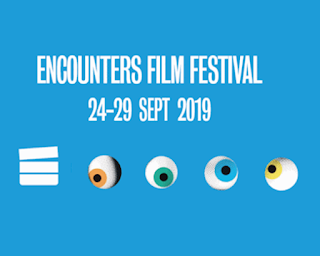 Kraig Taylor-Bryant reports back from his recent trip to Encounters Film Festival...

For our university course we were introduced to Encounters short film and animation festival within the first few weeks, to get us excited about the wonder of independent film making as soon as possible. A festival divided into numerous genres and categories, ranging from the general genre of “group dynamics" (exploring family dynamics, tribes and social groups) to even Virtual Reality (VR) experiences. Encounters Film Festival is based in Bristol and, this year, was from the 24th to the 29th of September, and brought in a wide range of audiences, both students and film makers alike.

We were given the freedom to choose any showcase that we wished, with a list of recommended showcases by our lecturers. Herstory, a showcase focused around female creators, and how they can tell their stories through animation, a platform that seems almost limitless, seemed to appeal to me. I felt as if the emotional journey that the “On the Edge” showcase took me on, when I went to Encounters last year, was enjoyable, but perhaps needed a bit of variety, which I felt that this year's choice of showcase could offer me. And, after reading into the diverse stories/moods in the synopsis of each short film, I was definitely intrigued. It seemed to have a fine balance of sombre, thought provoking film making, and fun but clever storytelling, giving a showcase full of emotion, both feelings of sadness for some characters, and simply enjoyment from other stories.

The first project of the showcase that caught my eye was “Flowing Through Wonder” a story directed and written by Joanna Lurie, alongside writer Jean-Marc Bouzigues, and produced by Christian Pfohl.

This project is a tale told without words, of which words can’t describe how deep and wonderous this story is. The tale begins with a child calling all the villagers with his bell, leading them all to the local river, where it seems as though they’re taking the gold/memory of a loved one. Anyway, they begin a journey on their own boats that is perilous, and involves fighting many storms, and some of the group of villagers even get lost and seem as though they may even be lost forever, until the other villagers find them and save them from the terrible tide of the storm. Across the entire journey it seems as though they’re all looking out for each other, I suppose that could be one of the messages of the film, that the best of humanity is when we all help each other, when facing adversity. Regardless the film ends with them letting these gold pieces/memories (it’s clear whatever it is, it’s of great value to the villagers) fall into the ocean and form a new being of sorts, which I think is meant to be a metaphor for how sometimes good can come from the bad in life. Like how when you’re struggling with your job, to the point of thinking you may be fired, but you overcome that by realising what you’re doing wrong. I think it’s clear that a lot of thought went into this one, and there’s a lot of messages involving losing someone, and the negative eventually evolving into something positive.

Another project that caught my eye, for the weirdest of reasons, was titled “Creepy Pasta Salad” (directed and written by Lauren Orme, and produced by Amy Morris), a story that doesn’t exactly take itself seriously, but the characters definitely do.

The story is of a number of characters, one being a person who thinks he’s a ghost, and is struggling to pay his bills, another is a woman who’s paranoid over spots on her face and starts to believe she may have a deadly illness. The third and final character of the tale is a guy who believes that the end of the world is coming, but ultimately, he’s lonely because nobody will listen to him. The story involves very funny moments, like the ghost being “on hold” with his homeowner association for two days straight, to the crazy reactions of the girl thinking she has an illness, and even (supposedly) turns into a werewolf of sorts, running through the woods to meet the lonely guy, before scoffing down the snacks that the guy has made. Whilst the film is very fun and ridiculous, it’s also a clever way of grabbing attention towards very real issues in real life. One of the things that really made me think, was the fact that the guy who was trying to tell people that it was the end of the world, was lonely. To me that said that people ultimately do prefer to live in ignorance about these sorts of things, or don’t want to believe them, yes it might not have been the end of the world at the end of this tale, but the message of people not caring is still there. There’s also characters like the ghost, that have to deal with the everyday issues like bills, which to me, sounded like it was speaking volumes about how even when you die you’re problems with debt will still affect others, whilst at the same time keeping audience’s attention, by putting a funny spin on it. And then of course there’s the girl that constantly believes the things said around her, about how she’s going to get other ridiculous symptoms such as purple spots all over her face. I think this one speaks volumes about how you shouldn’t believe everything you hear, as well as the insecurities some people feel. Especially during their time in secondary school, where things like puberty come into play (where you may get spots similar to this character). Regardless my point is that there clearly underlying messages to this tale, and it goes about showing them, in a very clever and noticeable way.


A somewhat darker project that I felt an attachment to, was “Featherweight” (Directed and written by Kayleigh Gibbons), an emotional tale about loss, that uses moments of humour to help the audience grow an attachment to the little girl who’s lost her sister, and one that reminds us more than once that all things die. The story revolves around this little girl and her father, the father who’s clearly more matured by losing people in his longer life, is remembering the good times with his other daughter, and is ready to move on, which he shows by putting his lost daughters boxing gloves on her gravestone. I feel like this could be a moment of symbolism because of how the young girl isn’t ready to accept that her sister is gone, by taking the gloves from the grave, and continually uses them to express her anger at losing her sister. The little girl also experiences anger towards a bird that continually tries to do its business on her sisters boxing gloves. Eventually the bird ends up dying and the girl feels guilty about it. But what’s beautiful about that moment is that she realises that loss can be a lesson on protecting others, and what else you do have. That’s what I thought at least, when the girl uses the feathers of the dead bird to make a nest for the bird’s baby egg, that is found shortly after. Overall, I think it’s a beautiful film about acceptance, and loss, and is definitely my favourite among all the projects at this showcase.


“Good Intentions” was another that gained my full attention at the showcase, because it told a tale about guilt and responsibility. It told a story about how sometimes it can be difficult to accept responsibility for your own mistake. A story about a woman who becomes responsible for the injury of an elderly driver, and leaves the man, out of guilt, instead of checking on him. This is another film that was very much about humanity, and how as people we can sometimes make the wrong choices out of our own guilt. Though ultimately this girl goes to confront the elderly man, who upon seeing her, ends up dying. This story definitely interested me because it made me think, were they both in fact, meant to die at this car accident, and this girl simply needed to be able to confront the elderly man, to “pass on” along with him? Because at the end of this short film this looks like that’s what it could be, as the girl lays down next to the older man, almost accepting her death now, and over the course of the film the girl also becomes more and more ghostlike, which I think could be to do with how much time she has left to face her mistake before she passes on, and ultimately I think the point of this one is a message to the viewer that you should face up to your mistakes in life, or they will haunt you.


The Festival was enlightening and enjoyable to say the least. It encouraged me to consider new areas of storytelling, including using VR to create the effect of moving paintings (which seems to incorporate both media and Art), as well as the incredible minds of fellow creators, and the window into new ways of thinking that some film makers create (this was certainly done with Flowing Through Wonder). The entertainment value of projects like “Creepy Pasta Salad”, with their underlying themes and messages of insecurity, was inspiring, to motivate me to explore new ways of raising awareness on certain issues, in my own future projects. And the emotional affect that projects like “Featherweight” have on me, are definitely encouraging on my own style, and I would honestly love to submit something in a similar emotional style to a clearly prestigious festival like this in the future.