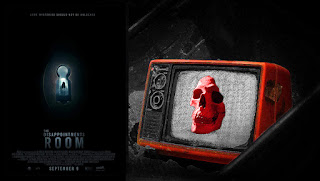 We love Halloween here at The DreamCage and we love the countdown to it even more as, every day in October, David Ames opens a window (well, writes an article) in his Hallow-vent Calendar of horror films. His choice for Day 10 of Hallow-vent is The Disappointments Room... 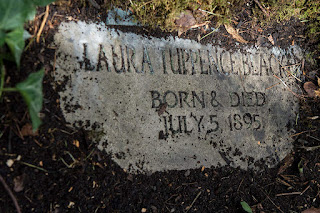 Every once in a while you come across a film whose name lives up to exactly what that film is. Today, the name of the film is accurate but not in the way that I think the filmmakers intended. Instead the title of the film is a perfect representation of my emotions regarding its quality. Today, we look at 2016’s The Disappointments Room.

The film follows the Barrows, a small family who has moved to a small North Carolina town to get a fresh start after a family accident. The mother, Dana, is an accomplished architect, and so the family purchases the long vacant Blacker Estate in hopes of renovating grounds. As soon as the family moves in, Dana begins to experience serious hallucinations that she can’t quite understand.

While looking over the house, she stumbles across a secret door, hidden behind an antique armoire in the attic. When she finally finds the key, the door shits of its own accord and she is trapped, having to endure yet another terrifying vision from the past. After asking around and talking to a local historian, Dana learns that this room is known as a disappointments room, a place where well-to-do families would hide away children who were deformed or otherwise an embarrassment to the legacy of the wealthy.

From here on out, Dana’s visions become more and more vivid. We learn about the death of her young daughter a year earlier, and we are treated to the story of the Blacker family and the tragedies that befell them in the very house that the Barrows are attempting to renovate. When Dana stops taking her medicine, the visions and the outbursts get worse and worse until everything boils over.

This film is a sad example of what happens when you take a great idea and bog it down with hackneyed writing and an inescapably clichéd plotline. As with most low budget films, this movie is a recycled take on numerous other stories, and to make up for the unoriginality of the script, the director tries to tie in scares that he also lifts from far more superior works like The Shining and The Amityville Horror, complete with creepy children and even creepier ghost girls.

The actors are not bad in this film. Kate Beckinsale is serviceable but she isn’t given much to work with in the way of writing. She maintains the motherly role as well as can be, considering the story didn’t allow for any kind of bonding with her remaining child. Mel Raido is probably the best performance of the film, playing the worried but supportive husband in such a way as to establish the classic husband archetype but still be convincing. Lastly, Lucas Till plays the young, sexy neighborhood “boy” who tries to bag the cougar by heavily flirting with the young mother. He is meant to be eye candy but all of his scenes are so forced that come across as laughable at best. He isn’t a bad actor, but once again this script does him no favors.

The film is shot well but even the camera work can’t save what this movie fails to accomplish. It tries for domestic thriller but provides no thrill with which to elicit a response. It wants to be a deep character study on the existence of grief and guilt but what we are given instead is a stilted, poorly executed melodramatic series of scenes better left to the pages of an 11th grader’s notebook. In the end, the disappointments room just ended up being my living room as I sat here trying to make it through this film.

Find The Disappointments Room on Amazon