Bests of the Decade - Non-Fiction Books

Because we reckon you’ll not have had enough of voting for things yet, every day between now and Christmas Eve we’re giving you the chance to vote for The DreamCage Bests of the Decade. Today’s category is Non-Fiction Books...

After a real dip mid-decade, non-fiction books are really coming back into fashion these days with a 5% growth in market share since 2015. How do I know this? I read it in a non-fiction book! The world of non-fiction is as varied as it is vast - anything you want to know about, from art to zoology and biographies to yodelling for dummies, there will be a book about it somewhere. Every period in history, every part of the planet and the stars and the seas, everything you can think of (and the reason that you are thinking it) is covered by a non-fiction book.

One of the big trends in 2010s non-fiction is the surge in memoirs and autobiographies that are available, not only because celebrity pop culture and reality TV means that we're eager to read about the private lives of the rich and famous, but the rise of the self-publishing industry means that the not so rich and famous who believe their lives have a story to share with the wider world are also able to do so.

The turbulent political climate in recent years has also sparked an interest, not just in present day political biographies but in journalistic investigations, historical reports and scandals and conspiracy theories as people try to make sense of the world around them at the present moment. There has also been a continuation in the growth of self-help books as people try to make sense of themselves and their place in the world, including, for a time, the weird little trend of adult colouring books (which counted as non fiction) as a stress reliever. But the biggest upward trend in these times of both tightening our financial belts and trying to live a more environmentally friendly lifestyle, is in the Homes and Gardens or Craft sections, as people seek to make more with less, learn to repair, remodel and upcycle to save or make money, and to find less impactful ways of co-existing with the planet.

You'll not find any DIY books in our team's suggestions but there's just about everything else so here's just a few that didn't quite make our main shortlist. If you're a fan of psychology, there's a discussion on whether the Internet is actually making us stupider in The Shallows by Nicholas Carr.  However, for science on a more global level, we recommend The Sixth Extinction by Elizabeth Kolbert. There's also a look at a diversity of voices, from the history of the Suffragette movement in Death in Ten Minutes by Fern Riddell to the powerful essay by Chimamanda Adichie called We Should All Be Feminists. On the political front, there's a recommendation for How Britain Really Works by Stig Abel as a look at the current machinations of "the powers that be" and how we got into the mess that we're in now. And there is still a lot of humour to be found out there in non-fictionland, however wry the smile may be these days, and James O'Brien manages to hit the nail on the head with How to Be Right In a World Gone Wrong.

Here are our four nominations, in no particular order. Bear in mind that we couldn’t watch/read/play everything that came out in the last ten years, so your own personal favourites may not be here, but these are some of ours (synopsiseseses from Amazon)… 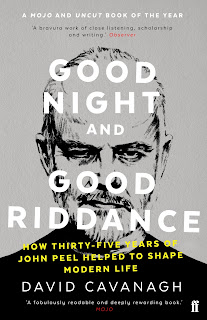 "Goodnight and Good Riddance: How Thirty-Five Years of John Peel Helped to Shape Modern Britain is a social history, a diary of a nation's changing culture, and an in-depth appraisal of one of our greatest broadcasters, a man who can legitimately be called the most influential figure in post-war British popular music.

"Without the support of John Peel, it's unlikely that innumerable artists - from David Bowie to Dizzee Rascal, Jethro Tull to Joy Division - would have received national radio exposure. But Peel's influence goes much deeper than this. Whether he was championing punk, reggae, jungle or grime, he had a unique relationship with his audience that was part taste-maker, part trusted friend.

"The book focuses on some 300 shows between 1967 and 2004, giving a thorough overview of Peel's broadcasting career and placing it in its cultural and social contexts. Peel comes alive for the reader, as do the key developments that kept him at the cutting edge - the changes in his tastes; the changes in his thinking. Just like a Peel show, Goodnight and Good Riddance is warm, informative and insightful, and wears its enthusiasm proudly." 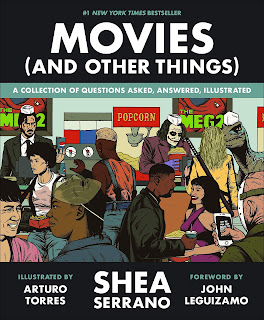 Movies and Other Things by Shea Serrano

"Movies (And Other Things) is a book about, quite frankly, movies (and other things).

"Many, many things happen in Movies (And Other Things), some of which funny, others of which are sad, a few of which are insightful, and all of which are handled with the type of care and dedication to the smallest details and pockets of pop culture that only a book by Shea Serrano can provide." 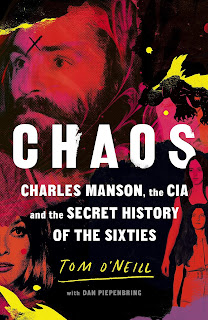 Chaos: Charles Manson, the CIA and the Secret History of the Sixties by Tom O’Neill

"In 1999, when Tom O’Neill was assigned a magazine piece about the thirtieth anniversary of the Manson murders, he worried there was nothing new to say. Weren’t the facts indisputable? Charles Manson had ordered his teenage followers to commit seven brutal murders, and in his thrall, they’d gladly complied. But when O’Neill began reporting the story, he kept finding holes in the prosecutor Vincent Bugliosi’s narrative, long enshrined in the bestselling Helter Skelter. Before long, O’Neill had questions about everything from the motive to the manhunt. Though he’d never considered himself a conspiracy theorist, the Manson murders swallowed the next two decades of his career. He was obsessed.

"Searching but never speculative, CHAOS follows O’Neill's twenty-year effort to rebut the ‘official’ story behind Manson. Who were his real friends in Hollywood, and how far would they go to hide their ties? Why didn’t law enforcement act on their many chances to stop him? And how did he turn a group of peaceful hippies into remorseless killers? O’Neill's hunt for answers leads him from reclusive celebrities to seasoned spies, from the Summer of Love to the shadowy sites of the CIA’s mind-control experiments, on a trail rife with cover-ups and coincidences.

"Featuring hundreds of new interviews and dozens of never-before-seen documents from the LAPD, the FBI and the CIA, CHAOS mounts an argument that could be, according to Los Angeles Deputy District Attorney Stephen Kay, strong enough to overturn the verdicts on the Manson murders. In those two dark nights in Los Angeles, O’Neill finds the story of California in the sixties: when charlatans mixed with prodigies, free love was as possible as brainwashing, and utopia-or dystopia-was just an acid trip away." 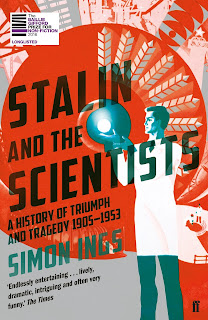 Stalin and the Scientists, A History of Triumph and Tragedy 1905–1953 by Simon Ings

"War-torn, unstable and virtually bankrupt, revolutionary Russia tried to light its way to the future with the fitful glow of science. It succeeded through terror, folly and crime - but also through courage, imagination and even genius. Stalin believed that science should serve the state and with many disciplines having virtually unlimited funds, by the time of his death in 1953, the Soviet Union boasted the largest and best-funded scientific establishment in history - at once the glory and the laughing stock of the intellectual world. The human cost of this peculiar marriage between the state and its scientists was horrendous, yet, in Stalin and the Scientists, Simon Ings makes clear what Soviet science has done for us."


So, which will it be? There are polls running today on our Twitter page for you to vote for your favourite from the final four listed above (no prizes, it’s just for fun). Also, the polls will change every day so be quick if you want to vote in this one! The winners, as decided by you, of all nine categories will be listed on The DreamCage website in a special article on Christmas Eve when we announce The DreamCage Bests of the Decade!

Today's POLL to find The DreamCage BESTS of the DECADE is Non-Fiction Books! (Find the full book titles, authors and synopses at https://t.co/xd9vx8F4EQ )
— The DreamCage (@TheDreamCage) December 21, 2019