Book - The Art of Spies in Disguise 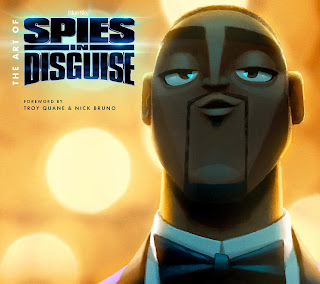 Our very own artist in disguise, Susan Omand, reads The Art of Spies in Disguise, out now from Titan Books...

Often “Art of” books include a lot more about the behind the scenes work in the film; how scenes were shot, long and detailed discussions with the director, cast interviews, features etc etc. However, this book dispenses with a lot of the writing throughout the chapters in favour of showing as much about the art as possible. There is a Foreword by Troy Quane and Nick Bruno, the Directors, and an absolutely fascinating Q&A with Michael Knapp, Production Designer, in the book’s Introduction but really that’s about it for the long form writing. Other that that there are very informative single boxed paragraphs on each double page spread, with insights from set and character designers into the thinking behind the concept art, how the concepts were evolved and why things ended up looking as they did, all of which helps to explain the multiple pieces of art on each page.

As always with Titan Books, the book itself is fantastic quality, with beautifully laid out pages and the colours in the artworks are crisp and rich. The art is grouped together into two main sections – characters, locations and, as subcategories of those, gadgets and vehicles, and each of these go into incredible detail. Every main character or location gets a couple of double page spreads but even the minor characters get a page of designs, as do all the background cars and incidental gizmos. It’s fascinating to look at and follow the developmental process, not just of each thing individually but seeing how aesthetics are carried across whole sections – like the “three straight lines for one curve” design that embodies main character Lance and all the things he owns or uses. It was also really good to see the original drawings that the eventual designs came from and to imagine how different the film might have looked had those been used instead – for instance if sidekick Walter was more of a sciency boffin than a techy geek. And I really enjoyed the pages on the locations as you could see how they stylised real places to make them fit the feel of the film but still be recognisable. The end of the book is given over to a few general animation design pages, like adding motion graphics and lighting to scenes, and the final page is a wonderful double page spread of the “colour script” thumbnails from the whole film which I delighted in taking ages poring over.

But the best way for me to convey to you how brilliant all the art looks is to actually show you some of it and Titan Books has been kind enough to let us have some of the internal artwork to share with you!

Oh, and how do you make a pigeon look like Will Smith?It's all about the eyebrows... 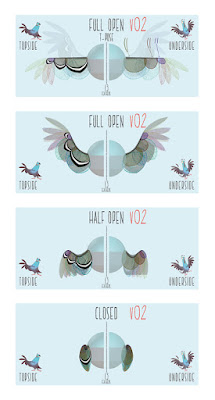 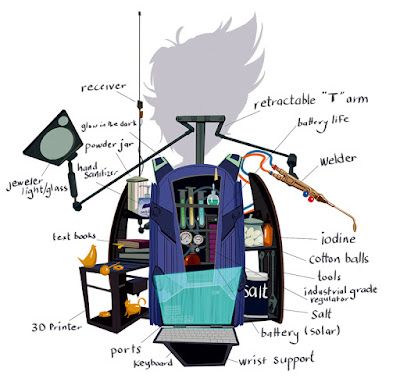 I will assume that it will only add to your enjoyment of the book if you have seen the film, because you will know the character of the characters and will be able to put the gadgets and locations more into context. I haven’t yet although I plan to, for now I’ve only had time to watch the trailers but, even so, as a fan of animation and concept art, I thoroughly recommend The Art of Spies in Disguise as a beautiful, and fascinating, thorough look into the mechanics of the design process.

The Art of Spies in Disguise is available now.