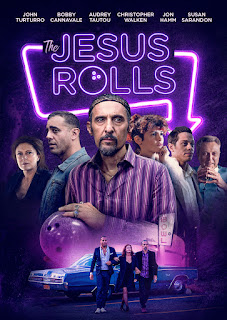 Scene-stealing ten-pin legend Jesus Quintana sets his sights beyond the bowling alley, this time without the Dude, in a new film based on Bertrand Blier's 1970's comedy Going Places. Watch the trailer for The Jesus Rolls...

Taking in the idyllic landscapes from the window of a stolen muscle car, the trio spend their days occupied with free love and the pursuit of happiness, and doing whatever it takes to get it…