Opinion - One Streaming Platform To Rule Them All 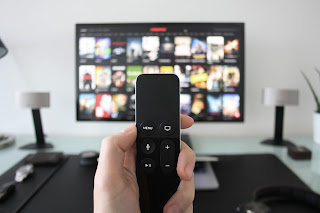 Daniel White pays his money and he takes his choice. That choice is streaming platforms  ...

I have read a lot recently about how platforms like Netflix and Amazon are destroying our film industry and undermining the importance of cinema screenings. Not only is this outright tosh, actually I believe the absolute opposite is true.

With the cost of a cinema ticket now standing at anywhere between £12- £15 (higher if you are in London) you have to think very carefully as to what you choose to go and see. Many times I have opted to wait for the DVD release as to own a film is now cheaper than going to see it on the big screen and, with television and audio technology now at a high point, it is often more attractive to watch a film in the comfort of my own living room. The cinema-going public is often loathe to 'take a risk' and, as a result, film makers have often been accused of playing it safe. Marvel, DC and the never-ending Disney remakes seem to be big business and, whilst great films are still being released, it is easy to see why they often get missed.

I have read alarming reports of film makers discussing how hard it is to get projects green lit by studios who are only concerned about the biggest return possible and not by the excitement of releasing good quality cinema. I am not in any way suggesting that cinema has had its day or that watching at home is the same experience but I think it's time we see streaming platforms as an essential part of the film industry rather than setting them in competition with cinema. Comments made by Industry bigwigs at Cannes a couple of years ago that sought to undermine and belittle the work that Netflix et al are doing will serve to only cause further stagnation within the film industry. We must evolve and move with our audience rather than drag them back to yesteryear.

The beauty of a subscription service like Netflix or Amazon is that you can afford to watch a film or TV series that grabs your interest because it doesn't cost you anything other than a little time if it doesn't live up to expectations. Streaming platforms are not all about the bought in films either and their investment in good quality original story telling has really impressed me over the last few months. The quantity of in-house productions seems to be increasing and with both big names and talent you may not have heard of there really hasn't been a better time to try them out. Amazon currently has Picard running with new episodes streaming every Friday and they have every Tolkien fan waiting with bated breath for the epic Middle Earth series (or whatever they are calling it) while Netflix has received rave reviews for its Star Trek spin off, Discovery, and they seem to be bringing new and innovative projects to screen on a weekly basis.

Recent streaming finds for me have inspired me to write this article but I strongly urge you to go searching for yourself. We live in a Box Set world now and it is easy to find a new series to lose sleep over and at the same time you contribute to the platforms ability to deliver even more fantastic viewing. No longer can it be said that an actor who chooses a career in television has no chance of working in Hollywood or having their work seen on the big screen. The standard and quality of output seen at the cinema is no better than that seen on our own tv screens. One could argue that they have more screen time to really grab you and the time to develop characters and story lines that last long after the film credits have gone up. Game Of Thrones set the bar high with season after season of exhilarating viewing and I have no doubt that the platforms have more of this type of programming planned. Whatever your genre of choice there is something for you to discover and yet I wonder how many subscribers only use their membership to catch up on films they didn't get round to seeing at the cinema. The message here is play it dangerously - watch something just because you like the sound of it. Watch an international film, seek out something that you have never heard of and that features actors that you aren't familiar with.

Here are just a few of the gems that I have discovered on Netflix recently, check them out but find some of your own. 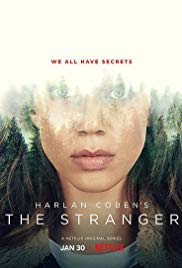 The Stranger - British drama starring Richard Armitage, Jennifer Saunders and Dervla Kirwan. Adapted by Harlan Cobden from his own novel. Fantastically twisty and turny with both the satisfaction of letting the audience in on conspiracies without joining all the dots. 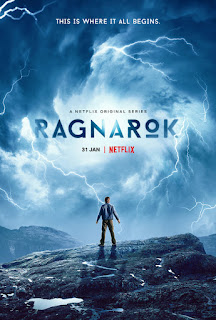 Ragnarok - Norwegian fantasy drama (Not the Marvel behemoth) Brilliantly interweaves Norse mythology with modern day climate emergency peril and manages to be unpreachy and patronising. High hopes for a second series and is engaging right from the first episode. 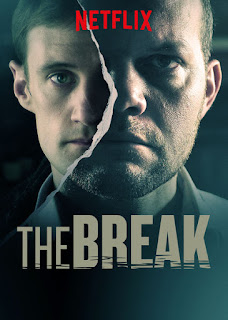 The Break- Not originally a Netflix series but a French Detective drama bought by Netflix and comprises of 2 seasons. Dark, shocking and deeply addictive.

Most streaming platforms are also intuitive and will come up with suggestions based on what you have watched. So, the wider your watching tastes are, the more likely you are going to discover something you would never had seen otherwise.

It would be easy to argue that Amazon and Netflix are doing more to support the Independent Film Maker than current cinema can ever do; without a distribution deal it is virtually impossible to release a film to a wide audience, aside from limited cinema screenings, and yet without their talent and creative ability our film industry will not exist for much longer. By allowing the independent film maker access to a global audience, Streaming Platforms are supporting new and emerging talent in an industry that thrives on new blood and new ideas. By investing in and delivering innovative new programming the streaming channels are showing the bigger studios that they can stray from the well worn path to provide entertainment. I hope to see an easier path for Independent Film to hit the big screens but, while I wait, I will continue to explore and use my subscriptions to the full and not just watch what I am told I like.