What If? - The Dirty Dozen 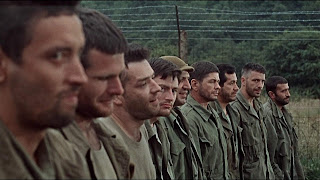 Steve Taylor-Bryant has an apology to make and does so in his own unique way by saying sorry and then proving why he was right in the first place. Anyway, here is his apology and reasoning in the adaptation of The Dirty Dozen for a modern audience...

I have both thanks to give, and an apology to make to the awesomeness that is Ladbroke Audio’s Commander in Chief Neil Gardner. You see, a few weeks back Neil put a friendly tweet up about recasting The Dirty Dozen and gave a few examples of who he would be excited to see in the new roles and, well, I was less than generous with my response. I love recasting things! This is about my 45th What If? article. Neil’s tweet should have been right in my ballpark and instead I flippantly responded that he was just casting Expendables 4. I was in a bad mood and trying to be funny and for that I apologise. The fact I had been rude in public to someone I respect, admire, and consider a friend has festered with me ever since. So, to apologise properly to Neil and to bask in the compliments that I am bound to get for my genius [Only your mum reads your articles – Ed] here is what I have should have responded to Neil’s tweet in all its glory, an explanation as to my Expendables 4 dig because I stand behind my reasoning even if my delivery system was less than tactful, and my cast for Neil and my audience [Your mum – Ed] to try and pick fault with. In short, I’ve done what Neil wanted me to do in the first place, I’ve taken part as a human being.

So, who or what were The Dirty Dozen and why would they be deserving of a modern-day reboot? Well, unliked troublemaker Major Reisman (Lee Marvin) is tasked with training 12 army criminals either on death row or facing decades of hard labour to invade a French chateau full of Nazi hierarchy in an effort to help the allies win the war. The Dirty Dozen, named by their sergeant after they had been deprived soap and shaving equipment, are real reprobates that have never been part of a team and never really cared about anybody but have to undergo training before they parachute behind enemy lines.

My Expendables 4 problem with Neil’s choices was about age, more specifically how one looks at a certain age. Back in the 1960’s and 1970’s when a man was in his mid-40’s he had the decency to look like it. Actors in their midlife looked like I do now I am in my midlife, they didn’t look like Vin Diesel, Jason Statham, or Hugh Jackman. Lee Marvin as Major Reisman was mid 40’s and looked it by that decade’s standards but something has happened in recent times that has basically meant actors don’t age respectably anymore. Jason Statham is 52 for goodness sake! Vin Diesel is also 52, Tom Cruise is carved from marble, and I am still not convinced that Ryan Reynolds is real. What was fantastic about The Dirty Dozen was that none of the stars of the film looked like modern-day action heroes. They looked older than they were and that was why such a wonderful concept worked. You didn’t imagine John Cassavetes’ Franko, on the verge of insanity, could be a soldier on the mission they would undertake, Telly Savalas was not in action genre fighting shape, even Charles Bronson who would become an action star looked like he was ready for retirement. That was the beauty of The Dirty Dozen, you just couldn’t believe it would work, but a Jason Statham or Vin Diesel film you know they are going to martial arts their way through the war and become the eventual winners, there is no suspense in casting them. The problem lies within a modern reboot, how do you take this incredible idea and keep the feeling of the original? How do cast The Dirty Dozen with men that look past it, or not necessarily capable? You go older is what you do, you go less obvious is what you do, you look at the characters and their individual traits and cast accordingly. It's not now, nor was it ever, about the action, it was about taking a surprising group that on the face of things weren’t a military unit and yet somehow became one. So, to my cast, and to my director. I’ll start with the three important higher ranks outside the Dozen.

General Worden, originally played by Ernest Borgnine, was the man who set the challenge to Major Reisman in the first place. Its not the biggest role but between the office scenes and the War Games moments its still vital and I have plumped for the authority in performance that could work well of Gary Oldman. Major Max Armbruster, sort of the legal expert amongst the hierarchy who is friendly with Reisman and wants him to do well was played by George Kennedy and will be crafted this time out by the mischievousness of John Malkovich. This brings me to my Major Reisman, an actor that has to have that ability to be all roles, anti-authoritarian yet commanding, friend and yet foe, and a star capable of stepping into the shoes filled by the incomparable Lee Marvin. Starring in, and directing, my The Dirty Dozen remake will be George Clooney. 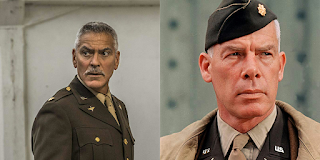 So, to the Dozen. Now, I will admit that not every one of the 12 men played a vital role in the film. There was maybe only five or six that played a huge part, the rest were mere filler which is no statement on the actors more the editing and writing and the original. What I have tried to do with my modern day Dozen is take the character traits and original performances from the 1960 crew and marry them up with an actor that can carry that off with aplomb and still look the part that I need him to look. I have also tried to fill my Dozen from top to bottom with incredible craftsmen in the hope that those filler roles may play out with a little more meat on the bones. 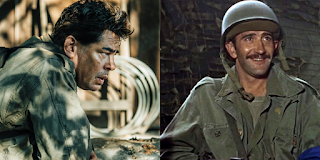 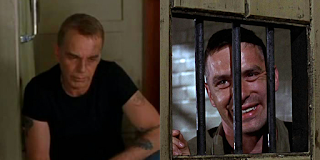 Gilpin – Ben Carruthers will now be played by Adrien Brody 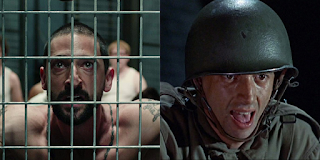 Jefferson – Jim Brown will now be played by Don Cheadle 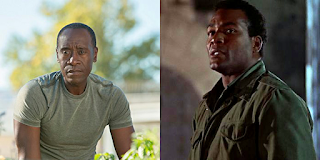 Jiminez – Trini Lopez will now be played by Andy Garcia 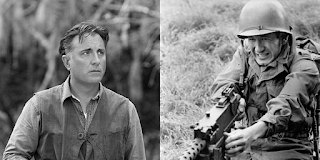 Lever – Stuart Cooper will now be played by Jeffrey Wright 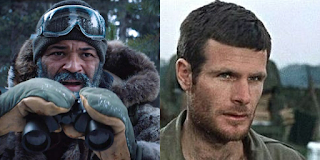 Maggot – Telly Savalas will now be played by Christian Slater 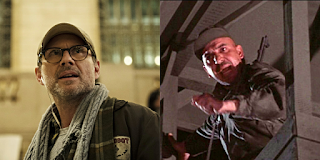 Pinkley – Donald Sutherland will now be played by Kiefer Sutherland 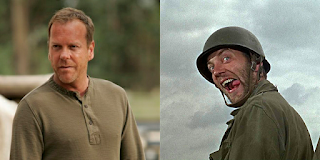 Posey – Clint Walker will now be played by Adam Beach 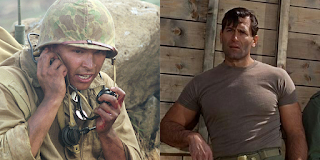 Sawyer – Colin Maitland will now be played by Jude Law 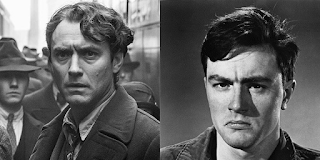 Vladek – Tom Busby will now be played by Mark Ruffalo 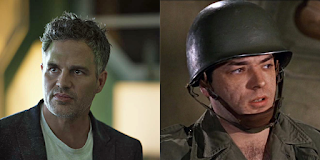 Wladislaw – Charles Bronson will now be played by Willem Dafoe 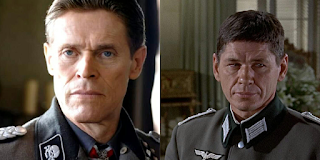 So, there you have it, my modern take on The Dirty Dozen done in a way I think would be interesting to a modern audience whilst keeping alive the spirit of the original and without becoming The Expendables 4.