TV - I Know This Much is True 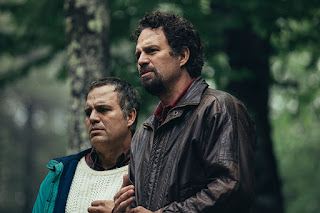 Coming to HBO in April, watch the trailer for I Know This Much is True, starring Mark Ruffalo as twins...

Unfortunately NOT the Spandau Ballet music documentary that those of us of a certain age would assume from the title [you're singing it now, aren't you? - Ed] I Know This Much Is True is a family saga that follows the parallel lives of identical twin brothers Dominick and Thomas Birdsey, both played by Mark Ruffalo, in a story of betrayal, sacrifice and forgiveness set against the backdrop of 20th-century America as Dominick recounts his troubled relationship with twin Thomas, who has paranoid schizophrenia, and his efforts to get him released from an asylum. The series shows Dominick and Thomas at different stages in their lives, beginning in their present with both brothers approaching middle-age, filled in with Dominick's flashbacks to their young adulthood.

Writer and director Derek Cianfrance (The Place Beyond the Pines, Blue Valentine) is behind the six episode limited series based on the 1998 bestselling novel by author Wally Lamb.