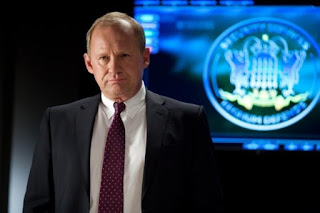 With all series now available to binge watch on iPlayer, a reminder from a few years ago of Steve Taylor-Bryant's thoughts on Spooks...


Way back in the early part of this century, I had a life. A real life. One that didn't revolve around writing or thinking too much about films and TV, which meant I never felt as deluged by the hype for new shows as I seem to be now. But even with my tainted memory I think back and sort of remember Spooks (called M-I5 in the U.S. due to Spooks having a bad meaning over there or something) appeared on the scene without much fanfare, it just sort of started without being backed up by the kind of fanfare shows get now. That's a refreshing idea isn't it? Just watching what's on, not relying on a marketing machine to tell you you'll love it. Sometimes low key is the best way to unlock a viewer's mind and it worked for me with Spooks, as I just watched with no preconceptions of what it would contain. What I found was a spy drama that stole the best elements from the genre, with fond nods to what had come before. It was modern and technology based much like the maligned Bugs, it was action filled with a team of James Bonds and it used old school techniques which, as a fan of the 1960's and 1970's British spy films, was refreshing.

Across ten seasons, the main cast changed quite a bit as death and double agenting (it's a word!) occurred but, amongst all the Top Secret red tape, one man tried his best to keep the country safe from those who wanted to bring harm to our way of living and that man was Harry Pearce. A long time spy turned bureaucrat, Pearce ran Section D at MI-5, a team that was brought together to protect our shores from terrorists of all creeds and religious backgrounds. From working throughout the Cold War, Harry had the experience, the know how and a bundle of secrets about things done in the name of Queen and country. Peter Firth was what should be used as a template for perfect casting. Right age to carry of the world weary experienced boss, comfortable in the company of world leaders, the Home Secretary and other shadowy organisations, but edgy enough to get his hands dirty and it's no surprise that Firth lasted the whole run and into the film as the only constant member of the cast.

Over the years, the rest of the cast was made up of a 'who's who' of British acting talent. Rupert Penry-Jones, Matthew Macfadyen, Richard Armitage and Hermione Norris filled the all important hard as nails but clever as anything leaders amongst their respective teams. Across the seasons, Raza Jaffrey, Shazad Latif, Robert Glenister, Max Brown, Iain Glen, Sophia Myles, Lara Pulver, Tim McInnery, Lindsey Duncan, Keeley Hawes and the wonderful David Oyelowo all came and went but there are two stars that stood out for me more than the rest and they were Hugh Simon as Malcolm Wynn-Jones and Nicola Walker as Ruth Evershed. 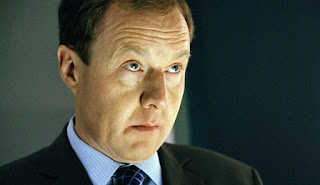 In Malcolm you had varying degrees of a man. A patriot, a kindly uncle, a Q style boffin but, most of all, you had a man who just did his job with the minimal of fuss and a wealth of knowledge. Whilst, in the later series, the much younger Shazad Latif would look more the part of 'hacker for the government,' there was something wonderful about watching Malcolm at a computer keyboard showing the youngsters how technology can really be used. Ruth was a kettle of fish. A fantastic analyst and a confidante for her team but, as her feelings for Harry grew, you began to wonder whether her loyalty was to the crown or the man. Ruth was the member of MI5 who suffered the most personal tragedy across the years and seemed to always take the work and actions personally and in Nicola Walker you had an astonishing talent playing the role superbly well.

Such was the success of Spooks, from its acting to its writing, the bar for the spy genre in British television has been set incredibly high. Will we see a show of this ilk again? More than likely, as British television is very good at repeating itself and its ideas in a different and entertaining way. Will whatever we get ever be as good as Spooks was? Doubtful.