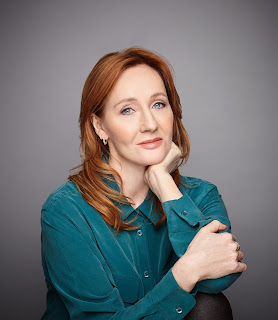 J.K. Rowling and her Wizarding World partners have announced three new initiatives under the title of Harry Potter At Home, to help children, parents, carers and teachers confined at home during the Covid-19 outbreak...

The first initiative – a new digital hub packed with information and activities for children, parents and carers – will be hosted on WizardingWorld.com. Then throughout the month of April, partnerships with Audible and OverDrive will allow families to access free audiobooks and eBooks of “Harry Potter and the Philosopher’s Stone.” Meanwhile, the print publishers of Harry Potter, Bloomsbury and Scholastic, are also supporting the effort.

J.K. Rowling said, “The teachers, parents and carers working to keep children’s lives as normal and happy as possible while we’re all on lockdown deserve a bit of magic. I hope these initiatives will give children and even adults a happy distraction during their enforced stay-at-home time.”

Neil Blair, founder of J.K. Rowling’s agency, The Blair Partnership, added, “The Harry Potter books have always been a refuge, comfort and escape for readers, and right now, we need reading for pleasure more than ever. Many households will already have a Harry Potter book at home, but I’m delighted that we can now provide free online access to the audio and eBook of the first book in the series, through Audible and libraries, for all to enjoy, as well as a fantastic new digital hub for families with younger children to help them through these difficult times.”

The Harry Potter At Home hub will be an online space for younger children to discover the magic of Harry Potter – either on their own, or reading and listening together with parents, carers and loved ones. Wizarding Wednesdays on the hub and on social media will, each week, provide a wealth of creative and craft activities, quizzes and fun things to do for parents and carers, and a regular email newsletter will bring fresh ideas into their inboxes each Friday. The hub is live at www.harrypotterathome.com.

Supporting the Harry Potter At Home effort is Audible, the world’s largest producer and provider of original spoken-word entertainment and audiobooks. Audible is making the audiobook of “Harry Potter and the Philosopher’s Stone” free as part of its newly-launched Audible Stories collection, allowing children everywhere to stream it instantly for free in English, Spanish, French, Italian, German and Japanese. Listeners will be able to access the audiobook on their desktop, laptop, phone or tablet, without joining or logging into Audible. The English language version will be performed by Stephen Fry, in both the UK and, for the first time, in North America. Meanwhile, if families are already Audible members, they can also listen, for free, to the newly released audiobook of J.K. Rowling’s “The Tales of Beedle the Bard,” narrated by stars of the Wizarding World from Noma Dumezweni to Jude Law.

Thanks to a Harry Potter At Home collaboration with digital library supplier OverDrive, library members worldwide are also able to borrow the first book in the series free of charge during the month of April. Patrons of OverDrive’s network of public and school libraries worldwide will have unlimited access to the eBook and audiobook in a selection of over 20 different languages, until 30th April.

These three new Harry Potter At Home initiatives follow the announcement on March 20 that J.K. Rowling has granted a temporary Open Licence to allow teachers to record and post videos of themselves reading the Harry Potter books aloud to their classes on school networks. The Open Licence has already been taken up widely by teachers in the USA, UK and further afield, and is running until July 30 or the end of the school year, whichever is sooner.

Bloomsbury and Scholastic, print publishers of Harry Potter in the UK and USA, are also supporting Harry Potter At Home by offering a range of resources for children, parents and educators online both on www.harrypotterathome.com and on their own websites.