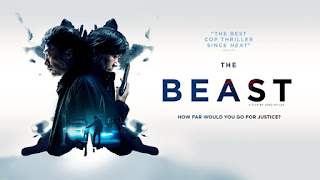 Available on Digital release from Monday thanks to Signature Entertainment, Ren Zelen watched The Beast...

The Beast is Korean filmmaker Jung-Ho Lee’s re-tooling of Olivier Marchal’s 2004 French thriller 36 Quai des Orfèvres (36th Precinct) starring Gerard Depardieu. While there are similarities between the two films Lee has reimagined the story and placed it entirely within the specific cultural background of his own country. His is a story about corruption and the extremes a person is willing to go to in a system where upward mobility, power and influence are the ultimate goals.

The core of the story concerns the disappearance of a seventeen-year-old student. Several weeks have passed before her body parts are found on the beach of the South Korean port city of Incheon. Police then link her murder to a string of sadistic killings of young women.

The Incheon police department is experiencing criticism and loss of public trust because of their failure to find the serial killer responsible. As an incentive to speed investigation of the gruesome crimes the chief promises the heads of two rival police departments, known as Unit One and Unit Two, that whoever first solves the case will receive a promotion.

Han Min-Tae (Yoo Jae-Myung) is the by-the-book head of one of the Units. He relies largely on his skills as a police officer to get results, but head of the rival Unit, his hardened colleague Jeong Han-Soo (Lee Sung-Min) has other, less scrupulous methods. Jeong has many connections in the underworld which give him an advantage, but he also has many secrets - in order to get inside information, he has often overstepped the mark into illegality.

Han Min-Tae suspects his rival is corrupt, but his task is to uncover and prove it. Jeong Han-Soo’s efforts at concealment become more and more difficult, since has been incriminated in an underworld murder by one of his informants who is now blackmailing him.

Jeong Han-Soo and Han Min-Tae encourage their teams not only to investigate the murders, but also to actively work against each other, causing physical and verbal scuffles to break out in police headquarters. As their competitiveness gets more heated, Han begins to compromise his integrity as his methods get dirtier, and he is soon forced to hide secrets of his own.

Meanwhile, Jeong’s finds that his links to the underworld finally take their toll. Misfortunes accumulate, resulting in increasingly dangerous situations which could cost the two officers their careers or even their lives, and which have terrible consequences for those closest to them. 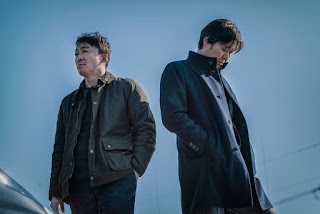 The Beast of the title ostensibly refers to the sadistic psychopath who has brutally tortured and slaughtered 14 innocent young girls, but Jung-Ho Lee’s film ultimately unleashes different kinds of ‘beastly’ behaviour. What are we to think of the police officer who systematically breaks the law to solve a case, or the officer who is willing to lose the respect of his colleagues by climbing over the dead bodies of others to further his own career?

As the characters in The Beast lose control of their personal circumstances and fail to distinguish right from wrong and justice from self-interest, it becomes harder to find any redeeming aspects in the morass of moral decline.

Out of their cat and mouse game and their search for the serial-killer, a toxic network of relationships unfolds. The holes the protagonists dig for themselves get deeper, the net tightens around them, their mistakes and misfortunes pile on - it all culminates in a veritable Greek Tragedy of violence and regret.

The film is visually as gritty as the souls of the main protagonists, compellingly and hauntingly played by the two lead actors, Yoo Jae-Myung and Lee Sung-Min. The city of Incheon is the hunting ground for killers and cops alike - its shining skyscrapers, buzzing streets and ploughing traffic exemplify a place that can house both light and dark, that can be grim, cold and pitiless or benign.

Joo Sung-rim’s cinematography emphasizes the moral ambiguity of the city and its characters, at times only distinguishable by their levels of corruption. The foundation to this corruption lies within the system portrayed. In many ways, the murder investigation eventually becomes only a pretext for the race to see who can get a medal and a ceremony celebrating their rise up the greasy pole of personal ambition and prestige.

Although the performances and cinematography create moments of great dramatic tension and thematic depth in which the two protagonists circle each other like predators, The Beast suffers at times from a slowness of pace in building tension. The film offers many gripping scenes, but sometimes loses itself in minor subplots the lack of which would have maintained the tension and streamlined the storyline.

However, The Beast remains a solid and compelling thriller with some exciting action pieces and two compelling performances from the lead actors. As a saga of police corruption and violent, urban gangster life, The Beast gives us a story of which Scorsese would be proud.