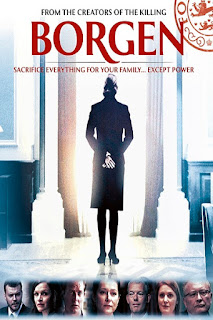 Borgen is coming back! For the first time ever, thanks to a deal with Danish TV company DR, the first three seasons of Borgen will be available on Netflix globally later this year, with brand NEW episodes landing in 2022...

The new Borgen, which will premiere on DR before becoming available on Netflix around the world, reunites the creative team and talent behind the Peabody- and BAFTA Award Winning series. That includes creator Adam Price and lead actresses Sidse Babett Knudsen as Birgitte Nyborg and Birgitte Hjort Sørensen as Katrine Fønsmark

In the new Borgen, written by Adam Price (Borgen, Ragnarok), we will again follow Birgitte Nyborg (Sidse Babett Knudsen), her staff and the media tasked with covering her, this time in her role as Foreign Minister. The show will also follow Katrine Fønsmark’s (Birgitte Hjort Sørensen) journey. After being Birgitte’s head of press for a while, in the new season she is back in journalism where she has landed a job as news director for a large, nationwide television station.

Christian Rank, Drama Director DR, said “Borgen is a unique Danish story about the political and personal drama that unfolds among the people in charge of leading our country. We are very excited that we in partnership with Netflix are able to bring Borgen and its characters back to life. We look forward to revisiting the universe and the characters to tell a current and highly topical story about a hot political topic with international implications.’’

Lina Brouneus , of Netflix, added ”Ten years ago Borgen helped redefine the global television landscape, showing that great stories can come from anywhere and be loved everywhere. We are immensely proud to partner with DR and the whole creative team to bring this worldwide phenomenon back and to give Borgen's legion of fans the chance to be gripped once again.’’