Audio - Doctor Who: The Doomsday Contract 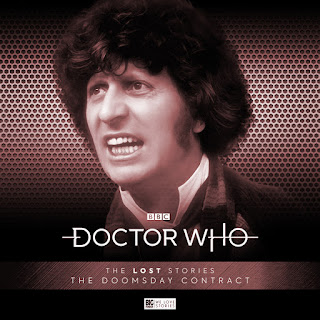 A Doctor Who story treatment initially developed by TV comedy producer John Lloyd in 1979 will finally see the light of day next March as a full-cast audio drama from Big Finish...

Before he created Spitting Image, Not the Nine O'Clock News and QI, John Lloyd was Douglas Adams' flat-mate. And before he created The Hitchhikers' Guide to the Galaxy, Douglas Adams was script editor of Doctor Who. And the story commissioned by Adams from Lloyd is finally going to see the light of day, with the original lead actors, as a full-cast audio drama.

Tom Baker, Lalla Ward and John Leeson reprise their roles as the Doctor, Romana and K-9 in a story which was originally intended for production as a Doctor Who television adventure during the show’s seventeenth season. This adaptation (by comedy writer Nev Fountain) is based on Lloyd’s original pitch document featuring extensive notes from Adams himself.

At least that’s according to the legal documents. The Doctor, Romana and K9 find themselves at the centre of a most unusual trial.

An intergalactic corporation want to bulldoze the planet for a development project. Only a previous court’s preservation document is standing in their way. The Doctor has been summoned as an expert witness. If he can prove Earth contains intelligent life, the whole world will be saved.

But with a fortune at stake... it was never going to be that simple. 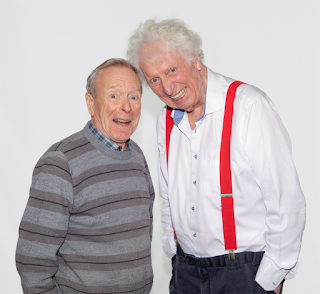 Director Nicholas Briggs said: “The Doomsday Contract is a tremendous example of the best kind of story from that era of Doctor Who where the brief was to veer from overt violence and threat to wit and fun. When I was a teenager, I was far too serious for this sort of thing. But what we have in this story is a tremendously witty script by Nev Fountain that made me laugh out loud when I read it. But it’s not simply a comedy. It’s loaded with threat and adventure and brilliant characters all mixed up in a really special story. I loved it.”

Nev Fountain added: “John Lloyd is very pleased to see The Doomsday Contract completed at last, and with Tom Baker, with whom he worked on Blackadder. There’s a bit of a fanboy inside him and he’s excited about it seeing the light of day.”

The Doomsday Contract is now available for pre-order as a collector’s edition 2-disc box set or download from just £12.99, exclusively at the Big Finish website.

Big Finish listeners can save money by pre-ordering a bundle of forthcoming adventures from The Lost Stories range, including both Return of the Cybermen and The Doomsday Contract, from just £25.

Due to scheduling changes, both Fourth Doctor Lost Stories (The Doomsday Contract and Return of the Cybermen) are now due for release in March 2021.