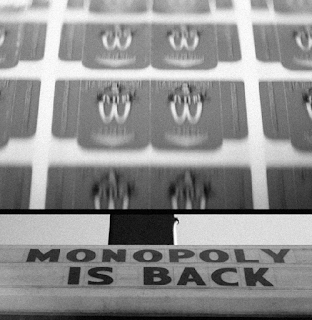 Do you want fries with that? Watch the trailer for the documentary series McMillions, with all episodes available tomorrow on the new Sky Documentaries channel...

From 1989 to 2001, a criminal mastermind named “Uncle Jerry” defrauded the hugely popular McDonald’s Monopoly promotional game of millions of dollars in prize money. By stealing valuable game pieces from McDonald’s, Jerry was able to hand-select winners, hoodwink the authorities and share the ill-gotten gains. The deception, which started among family and friends, soon expanded to include a cast of shifty ex-cons with ties to the mafia and unsuspecting co-conspirators.

Executive produced by Mark Wahlberg, this six-part documentary series delves into this stranger-than-fiction story and hears directly from the FBI agents who worked tirelessly to uncover Uncle Jerry’s true identity and the workings of the scam, the McDonald’s executives who were themselves duped but ended up aiding the investigation, the underworld figures drawn into the money-making gamble and the so-called “winners” who dreamed of being overnight millionaires.

This American story, which reached its conclusion on September 10th, 2001, and was eclipsed by events the following day, reveals the timeless power of greed and profiteering that can lead people to do extraordinary things.

Many who found the prospect of winning a ticket too good to turn down found out the hard way that it was too good to be true – and the negative repercussions continue to affect their lives today.


Sky Documentaries, which launches tomorrow (27th May) alongside Sky Nature and Sky History channels, will be the home of world-class, real-life stories from award-winning film makers, including HBO, SHOWTIME® and Hulu exclusives and new Sky original documentaries. With a mix of feature length documentaries and series that will challenge, provoke and entertain, the channel will house 100+ on demand titles. The channel will cover a wide range of topics from sport, to politics, to real-life controversies.