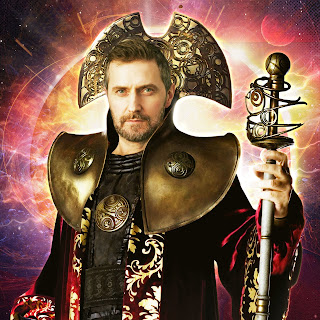 Richard Armitage is Rassilon, Lord President of the Time Lords, in the climactic final volume of Big Finish's full-cast audio drama Gallifrey: Time War, due for release in February 2021...

It is the end but the moment has been prepared for. The Gallifrey: Time War saga draws to a deadly conclusion in a brand-new box set of full-cast audio adventures, coming soon from Big Finish.

The Time Lords and the Daleks have opposed one another across millennia. But now, as their conflict tips into an all-out Time War, nowhere across the universe of spacetime is safe.

Many familiar names will be returning for this final reckoning, due for release in February 2021, including Louise Jameson (Leela), Pippa Bennett-Warner (Livia), Seán Carlsen (Narvin), Miles Richardson (Braxiatel), Samuel Clemens (Mantus) and Nicholas Briggs as the Daleks.

Plus, actor Richard Armitage joins the worlds of Doctor Who for the first time as he assumes the role of the legendary Rassilon, Lord President of the Time Lords, in his latest incarnation.


Romana is lost to the Time War though Leela and Narvin still fight to survive.

A resistance, caught between Rassilon’s fury and the Dalek Emperor’s mania, have a desperate plan to stop the conflict.

Everything ends. And for some on Gallifrey, the Time War will soon be over. 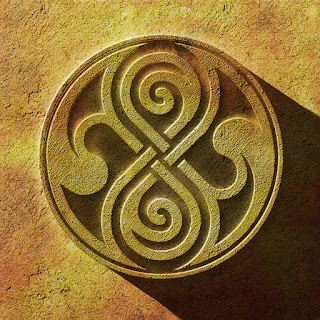 Producer / Director Scott Handcock said: “It’s been a pleasure to induct Richard Armitage into the Doctor Who universe! He’s such a brilliant actor. I loved him in Hannibal and most recently The Stranger, plus of course Big Finish’s own adaptation of The Martian Invasion of Earth, so he’d been on my wish list for a while. I’d just been waiting for the right role to come along. And he’s fantastic as Rassilon: powerful, headstrong and overflowing with self-conviction. ”

Actor Richard Armitage added “Rassilon is one of those defining spines of this lore. I've watched enough sci-fi to know that there has to be an omnipotent being that has a self-aggrandising mental state which puts him above everybody else, like a malevolent, maniacal dictator.

“I grew up with Doctor Who. The Daleks and the Cybermen were definitely my ‘hiding behind the sofa’ baddies. But I loved being frightened. Tom Baker was my Doctor Who. He had that voice. In a way, what I have tried to do with Rassilon is a little bit Tom Baker-esque.”


Gallifrey: Time War 4 is now available to pre-order at the special price of £22.99 as a collector’s edition five-disc CD box set or £19.99 as a download, exclusively from the Big Finish website.

Please note that Big Finish has now re-opened its warehouse and commenced the shipping of back-orders. The mailout of collector’s edition CDs will still be delayed, but purchases of these CD titles will unlock a digital copy that can be downloaded or played on the Big Finish app immediately from the release date.