Short Film - The Light Side 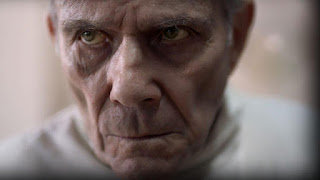 Showing online as part of the We Are One: Global Film Festival, Kraig Taylor-Bryant took a look at The Light Side...

What happens when you take a fictional power hungry Sith Lord and throw him into the working-class life of a human on Earth? The Light Side, also showing at Tribeca film festival this year, explores what happened to everyone’s favourite Sith Lord after he survived falling into a reactor in Star Wars Episode 6.

The film explores the life of Emperor Palpatine living a new life amongst the ordinary, as he struggles with his own inner demons. The character, giving his own monologue of his thoughts and feelings of adjusting to a new life he seems to have stumbled into, mentions that he doesn’t miss the darkness inside himself and chose to move away from the galaxy far far away. It’s interesting because listening to the dialogue of the film, makes it clear that this isn’t some Star Wars fan film, it’s a film about the inner struggle of a man who knows he’s done wrong, and wants to leave his old life behind.

Judging by how the character seems to lash out at “inopportune moments” (as the character says) it’s clear the film maker wanted to go with an approach of telling a redemption story of a man who, deep down, has anger management issues.

The film also does a great job of describing the dark side as exactly what it’s supposed to be, everyone’s inner darkness that comes out at times of frustration or anger with the world we live in or perhaps personal issues. It’s not explained well enough in Star Wars movies, that deep down everyone has a darkness inside them, but the key message of this film seems to be to not let that darkness take over. The Emperor’s issues become obvious enough when he decides to force choke his fencing apprentice for his ignorance. The Sith seems very apologetic about things afterwards, understanding that fighting isn’t the best way for him to let go of his anger (or his dark side), and instead finding a job that is nothing like being a Sith master to an evil apprentice, choosing to work as a mechanic, working with people of different backgrounds. 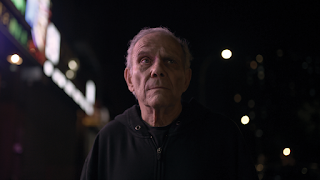 That also seems to be a key message of the film, the idea that we should embrace the concept of different cultures meeting each other, as our Emperor even says, “like me they all come from somewhere else, just hoping for a better life”. And that is exactly why we should embrace them, as they could indeed be trying to escape a difficult life they had elsewhere. I think it’s wonderful how the film maker manages to convey these messages through a fictional character that will catch someone’s eye.

The way that this story is told is perfectly subtle, following a style that feels like a gradual build-up, interestingly this character is just portrayed as an ordinary man in a hoodie wondering the streets, with only the monologue to hint that there is something sinister about the character, at the beginning of the movie. It’s wonderful that the film relies so much on context throughout, as the character is never even mentioned to be Emperor Palpatine but at the same time very clearly portraying him, I think this gives the sense that this story isn’t about the Star Wars character, but about the situation of a man with anger issues. Across the space of this 6-minute flick however, he will eventually deal with these issues when he finds a sense of belonging. 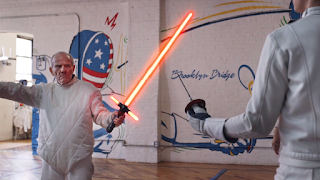 Of course, as a Star Wars fan, it felt a little odd to see the Sith emperor with another Sith lord’s lightsaber (Kylo Ren’s specifically) but of course as I mentioned before, this is not really a Star Wars film, which, for some, may take more than one viewing to realise. At the same time though, watching it as a Star Wars fan, it feels intriguing to see how the character would adjust to living in our world/galaxy, giving us a bit of humanity behind a character that in the films is very clear supposed to be a one that we hate, but regardless it’s important to see this as a non-star wars story to truly get the sense of why this film is significant.

Just looking at the choice of music would even make that clear as the use of the acoustic guitar feels like a very “human” tune as it feels natural (as opposed to music manufactured on a computer). It’s also a very obvious change from the grand intensity of a choir as used in the “Duel of Fates theme” or the scale of many woodwind instruments or violins playing at once. The use of the guitar seems perfectly simple in comparison, focusing on a tune that feels lonely/personal but also tragic somewhat, to signify the inner struggles of this character. Alongside the monologue, and hearing very little of sound actually in the shots being filmed, it feels like there’s a separation between the character and the world he lives in, which I think is important considering the film is about him attempting to fit into this new world/life he’s found for himself.

The film is obviously intended to use the irony of the Sith Emperor being an average guy to encourage humour in how the most evil man in the galaxy can be redeemed, to those that know him from watching the movies, but at the same time leaving the positive message that seems almost religious when he seems to “find the light” in himself. Between the feeling of togetherness that the man finds and the choice of music at the end of the film, it does feel sort of like this is what the film maker is trying to say, that anyone can be redeemed, which is certainly controversial in the times we live in, but also perhaps leaves us with hope that humanity can be redeemed for everything going on at the moment.