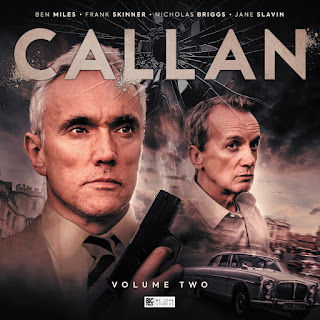 Ben Miles stars as David Callan with Frank Skinner as Lonely, originally portrayed by Russell Hunter. Lonely is a small-time thief, and despite his body odour problems, he is a handy source of information and assistance to Callan.

David Callan works for The Section, a top-secret counter-espionage organisation. He’s a killer, a trained assassin, and the best at what he does. But that doesn’t mean he has to like it.

Murder, betrayal and model soldiers. It’s all in a day’s work for Callan.

File on a Difficult Don

The cap and gown meet the gun and bullet when Callan visits the Dreaming Spires to protect a code-breaker.

File on a Mourning Mother

Callan and Meres are investigating the mysterious death of a scientist at a top secret research centre when they discover, Hell hath no fury…

File on an Elusive Engineer

File on an Angry American

The CIA plans to execute a double agent on British soil and Callan is sent to make sure the target’s wife doesn’t get caught in the cross-fire... 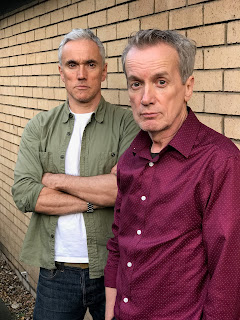 Producer Emma Haigh said: “It’s really terrific we’ve got the Callan team back together to record a second series. We’ve had to be patient whilst Ben was busy with The Lehman Trilogy but the best things come to those who wait – and they certainly have here.”

Writer Peter Mitchell added: “My dad always said that he was blessed by the leading actors in the original Callan TV series. All I can do is echo that sentiment in these audios. Ben Miles is outstanding as Callan; maintaining that potent mix of threat and vulnerability requires immense skill as an actor.

“Frank Skinner as Lonely beautifully captures the innocence and bewilderment that makes the character endearing and ridiculous all at the same time. Obviously, Frank’s timing is superb – it adds a real lustre to the humour.”

Callan Volume 2 is now available to pre-order at the special price of £27.99 as a collector’s edition four-disc CD box set or £24.99 as a download, exclusively from the Big Finish website: www.bigfinish.com

Big Finish listeners can save money by pre-ordering this box set in a bundle with the first volume in this series for just £50 on CD or £45 as a download.

Please note that Big Finish has now re-opened its warehouse and commenced the shipping of back orders. The mailout of collector’s edition CDs will still be delayed, but all purchases of these CD titles unlock a digital copy that can be downloaded or played on the Big Finish app immediately upon release.