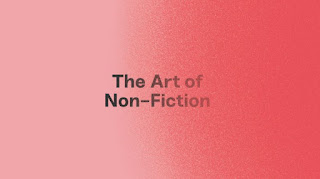 The tenth edition of Open City Documentary Festival takes place from Sept 9th - 15th and, as with everything else this year, it's going online...

Open City Documentary Festival's 2020 film programme will present a curated selection of new work across 24 film events. These will be available to UK audiences as affordably priced video-on-demand rentals, with windowed access available during the festival period. Filmmaker Q&As will be included in the rental packages alongside complementary shorts selected by filmmakers or the festival programming team. A number of additional special events will also take place online, with full details to follow.

The festival will have four film competitions this year, all with cash prizes attached. Feature films will compete for the Open City Award, and the Emerging Filmmaker Award. Shorts will be recognised through the UK Short Award, and the International Short Award, which is new for this year.

It's good to know that savings made on the costs of arranging filmmaker travel and accommodation will be redirected towards granting an increased appearance fee to all filmmakers screening new work at the festival, in addition to the screening fees that are paid to each selected film.

The industry programme will also be streamed live online during the week of the festival, and will be free to access worldwide. It will feature 20+ events involving leading non-fiction practitioners working across film, audio and cross-media.

And the regular Expanded Realities programme has been adapted to fit the digital format, with a number of selected and commissioned interactive projects accessible at home as in-browser experiences. These will also be free to access worldwide.

Festival Director Chloe Trayner said, "As a festival, bringing people together has always been at the heart of our activity. Although our understanding of what that means has shifted during the ongoing global pandemic, we’re hopeful that we can still create an open space with our new digital iteration for people to gather and celebrate the art of non-fiction together.

"Our goal is to continue to enable connections between artists and filmmakers as well as audiences and industry delegates in a way that feels appropriate for our current reality. We look forward to celebrating our tenth edition by sharing a version of Open City Documentary Festival that will be accessible to a larger and wider audience than has been possible before."

The festival print catalogue will still be published, but has been converted into an adapted form for those navigating the festival from home. It will contain information about the film programme, alongside specially commissioned essays from a selection of writers.

The full programme for Open City Documentary Festival 2020 will be announced on August 11th, with all film events on sale on the same day. Find out more at https://opencitylondon.com/